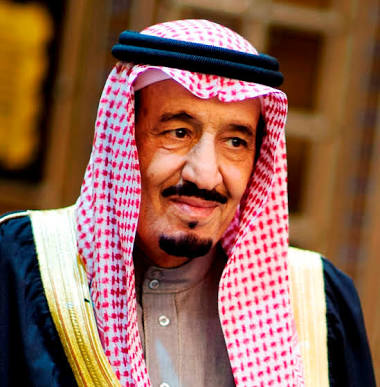 Saudi Arabia’s King Salman Al-Saud made his son his successor on Wednesday, removing his nephew as Crown Prince.

It said Crown Prince Mohammed bin Nayef, a counter-terrorism chief admired in Washington for putting down an al Qaeda campaign of bombings in 2003-06, was relieved of all positions.

The royal decree said the decision by King Salman to promote his son and consolidate his power was endorsed by 31 out of 34 members of the Allegiance Council, made up of senior members of the ruling Al-Saud family.

Throughout the early morning, it aired footage of Mohammed bin Nayef pledging allegiance to the younger Mohammed bin Salman who knelt and kissed his older cousin’s hand.

A senior Saudi official said the decision was taken due to what he called special circumstances presented to the members of the Allegiance Council.

He added that Mohammed bin Nayef supported the decision in a letter sent to the king.

The royal decree did not nominate a new deputy crown prince. The position is relatively new in Saudi Arabia where a king has traditionally chosen his own successor.

As deputy crown prince, Mohammed bin Salman has been responsible for running Saudi Arabia’s war in Yemen, dictating an energy policy with global implications and spearheading plans for the kingdom to build an economic future after oil.

That the royal succession in the world’s top oil exporter is closely scrutinised only makes the rapidity of Mohammed bin Salman’s rise to power, and the speed with which his better-known cousins were brushed aside, more astonishing.

In 2016 Mohammed bin Salman, or “MBS” as he is widely known, announced sweeping changes aimed at ending the kingdom’s reliance on oil, part of his campaign to tackle systemic challenges that the kingdom has previously failed to address.

BNers in Nigeria How are You Dealing with the Flood?