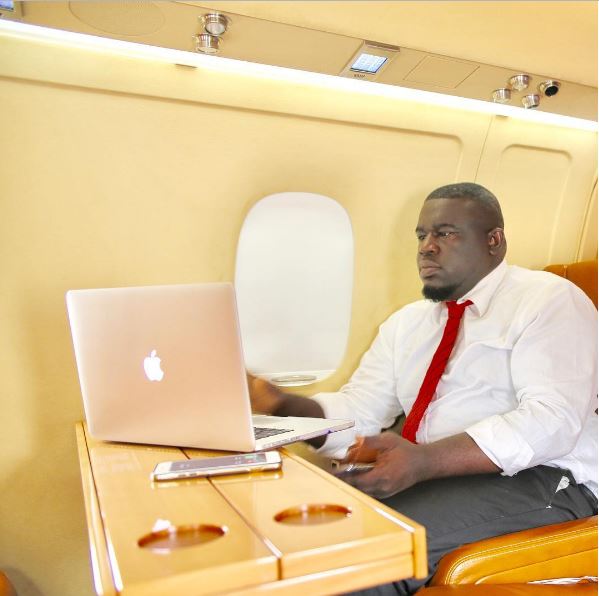 Soso Sobereken who was the general artist manager for Five Star Music has officially announced his exit from the record label.

A few weeks ago, Kcee took to his Instagram page to announce Chidozie Dike as their new manager, which left people wondering what happened to their previous one.

After much speculation, Soso has finally decided to clear the air, as he announced the news on his Instagram page revealing he was leaving Five Star Music to start up his own company White Lion Global.

Ladies and gentlemen it is my honour to officially and publicly announce my exit from Five Star Music.

Against any unfounded or baseless rumour , I wish to state emphatically that I single handedly took the decision to move on to pursue my dream as an entrepreneur, haven spent over ten years of diligently working with the company.

Without sounding immodest, I make bold to say that, under my watch as General Manager, the company recorded tremendous growth both in profit margin, asset acquisition, etc.
As a founding member, through dedication and hard work, I was able to build Five Star into an entertainment brand that is today recognized globally. It is not out of place to chart a new course for myself and that is why today; ladies and gentlemen I’m hereby introducing to you my new brand, WHITE LION GLOBAL among other subsidiaries like WHITE LION MANAGEMENT which majors in key areas like Talent Management, Celebrity Bookings, Event Management/Project Directing and Multimedia Consultancy.

Bringing to bare my wealth of experience in the entertainment industry, alongside my dedicated and hardworking team, I am convinced that WHITE LION GLOBAL is going to add more value to the already glowing face of entertainment in Africa. Pls follow @whitelionglobal