This groom flew to Iceland with Delta Airlines from Washington DC and claims that after a delay which caused them to miss their connection to New York, they were then re-routed to Iceland via Paris and Berlin. They got to Iceland quite alright but somewhere along the route his luggage, which had in it his wedding tuxedo, was sent to Germany by mistake.

Instead of letting this bump in the road, delay the wedding and disappoint his waiting bride, the man showed up for his wedding in a t-shirt and shorts!

He scrawled this message on his plain white T shirt: “This wedding suit is courtesy of Delta Air Lines”. 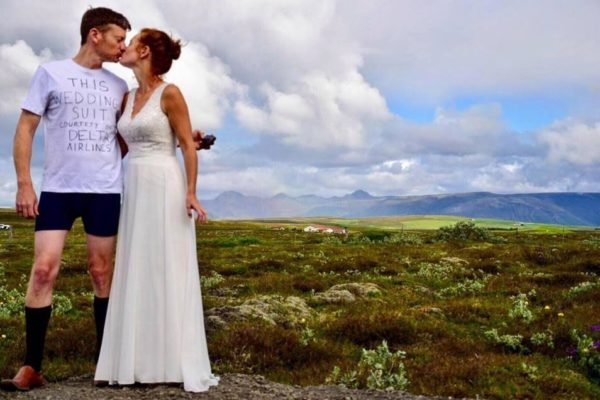 The unique wedding suit was shared by a wedding guest named Zebidee to Reddit who also narrated the back story.

They finally tracked down their luggage themselves, abandoned on a baggage carousel in Frankfurt 1500 miles away.

WATCH the action-packed Trailer of “Kingsman: The Golden Circle” on BN TV