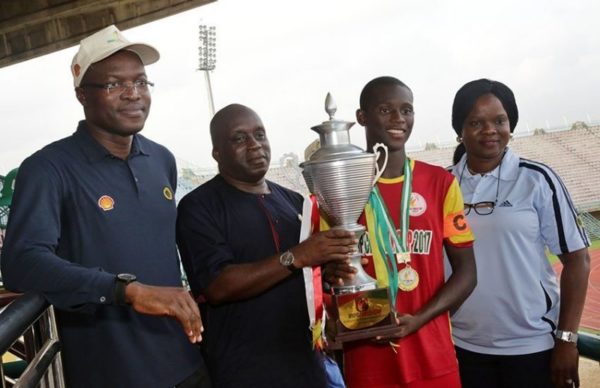 The 19th edition of Nigeria’s biggest youth football championship, NNPC/Shell Cup, came to a thrilling climax on Tuesday with the crowning of Hensen Demonstration School, Benin City as the 2017 champions. Two members of the team, Arase Iyobor and Mavis Ahunwan, emerged the Most Valuable Players (MVPs) and winners of a training trip to Feyenoord Academy in The Netherlands. 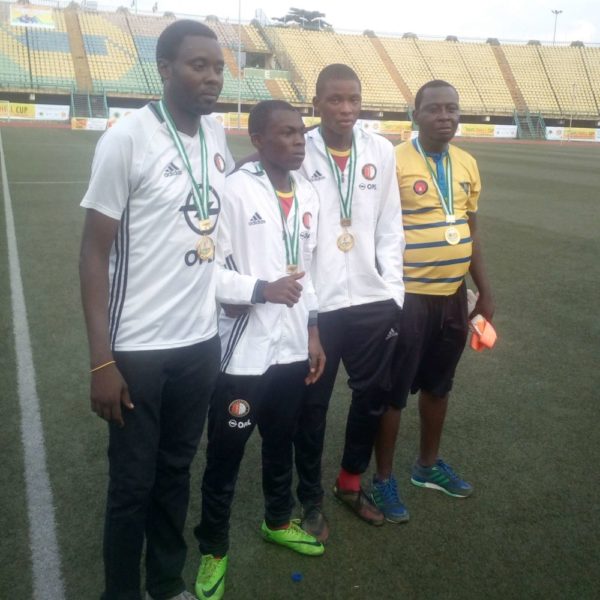 Winners of the training trip to Feyenoord Academy, Arase Iyobor and Mavis Ahunwan with their coaches

The Hensen boys pipped their counterparts from Holy Ghost College, Owerri to the second position by 2:0 before a large crowd at the Teslim Balogun Stadium, Surulere, Lagos, which included hundreds of students and representatives of Ministers of Sports and Education; Lagos State Governor; Nigerian National Petroleum Corporation (NNPC); the Nigerian Football Federation; Nigerian Schools Sports Federation and Shell Companies in Nigeria.

After a classic display of talent, tactics, style and skill by the lads, Arase Iyobor, who recorded a brace and emerged the highest goal scorer of the tournament, opened the goal line in the 34th minute of play when he converted a penalty kick which resulted from the downing of one of his teammates. The second goal of the match came in the second half when Arase hit the net from another penalty kick. “This is another successful delivery of youth football talent pool by the SPDC Joint Venture, opening a vast opportunity for local and international scouts to make their picks without losing the founding principle of the tournament which is the simultaneous promotion of education and football among Nigerian youths,” said Managing Director of The Shell Petroleum Development Company of Nigeria Limited (SPDC) and Country Chair, Shell Companies in Nigeria, Osagie Okunbor, represented by the General Manager External Relations, Igo Weli. 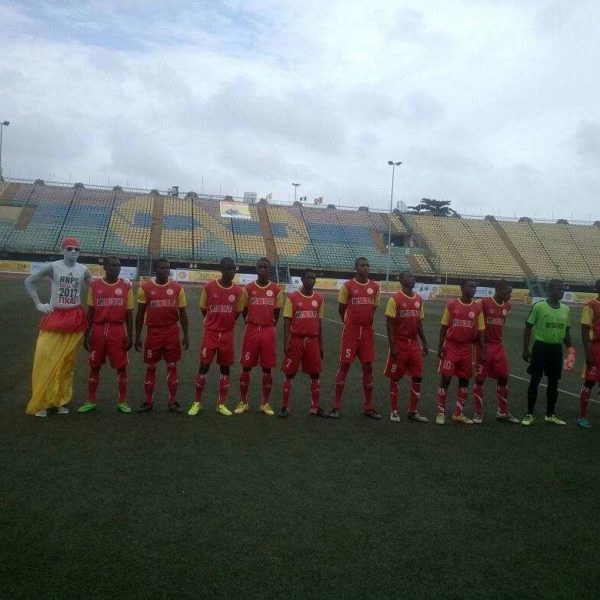 The golden team got prize money of N3.5million while the second position team received N2.3million.

In the third place match played earlier at the same venue, Government Day Secondary School, Lamisula, Borno State sank Sambo Secondary School, Gusau, Zamfara by 4:3 in a penalty shootout after a 2:2 draw in full time of play to pick the bronze of the tournament and a prize money of N1.3. The Zamfara team got N1.1million for coming fourth. 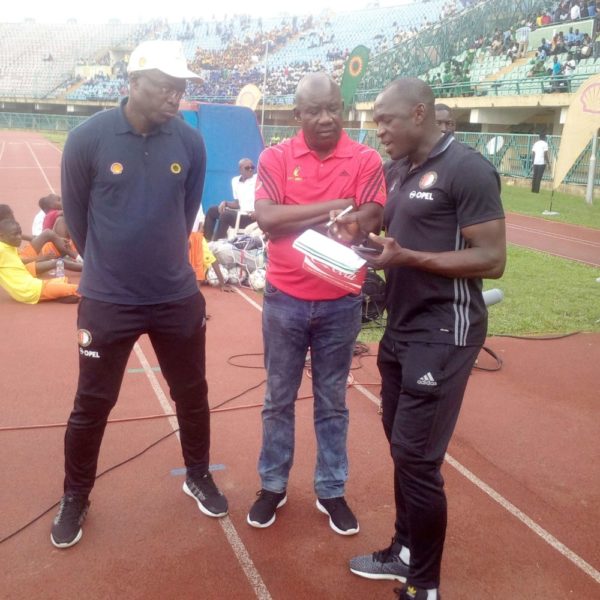 Commenting on the championship, Group General Manager, National Petroleum Investment Services, Dafe Sejebor, commended the display of high level of discipline and fair play by teams and urged the winner to be noble in victory and the schools that did not make it to the finals to take up the challenge of upping their skills against the next edition.

Chairman of Nigeria Schools Sports Federation, organisers of the tournament, Ibrahim Mohammed, called on other private sector players to emulate SPDC JV by considering sponsorship opportunities in other areas of youth development. 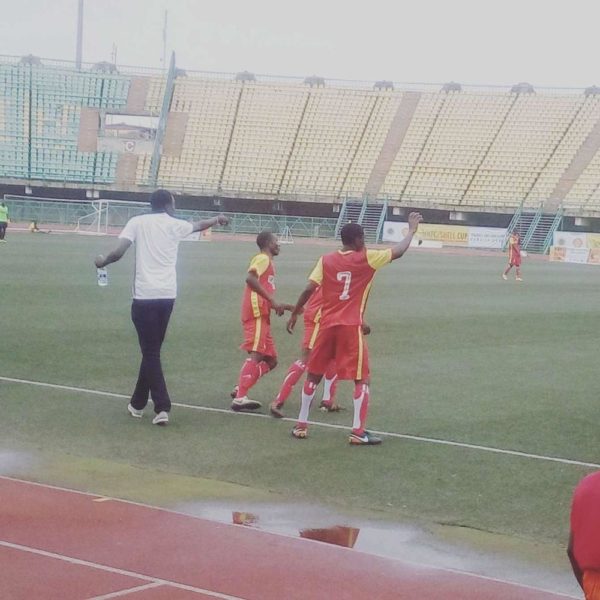 Before the finals, coaches from the current Dutch League champion, Feyenoord Rotterdam held coaching clinics as part of the process for the semi-final and final matches in a move to improve the skills of the coaches, games masters and players, bringing to bear their award-winning global youth football academy programme.

The NNPC/Shell Cup tournament was initiated in 1998 by the SPDC Joint Venture comprising the Nigerian National Petroleum Corporation, Total Exploration and Production Nigeria, and the Nigerian Agip Oil Company. A notable success in the 19 years of the tournament is the reduction in the number of students who have successfully combined their education even as they prepare for a rewarding career in football. The 2017 preliminaries started in May with some 54,000 students from 2,750 secondary schools across Nigeria.

Over the years, the championship has continued to receive local and international endorsements, the latest of which is the University of Sussex, one of the top 20 UK universities. The top-ranked player in education among the finalists will be awarded the 2018 International Summer School Scholarship of the University, which includes tuition, flights and accommodation. 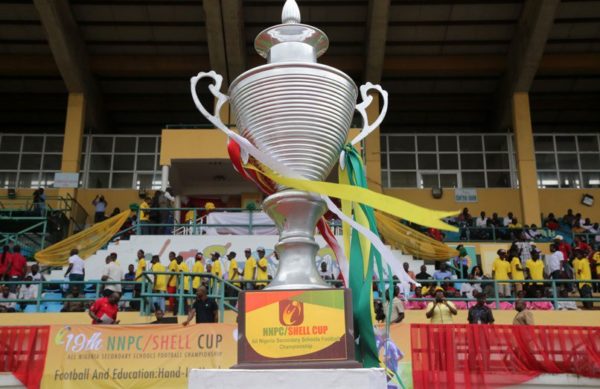 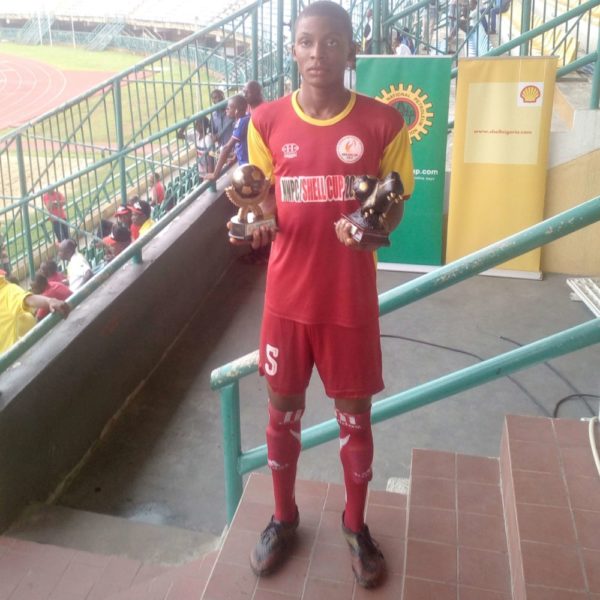 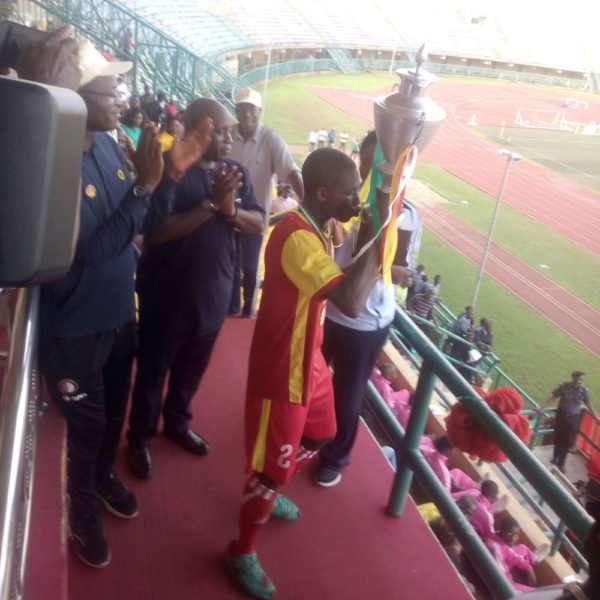 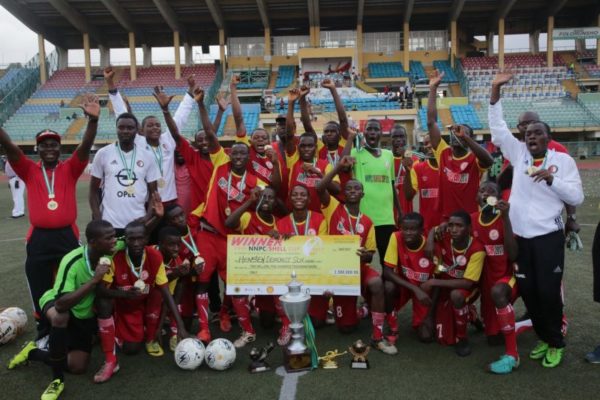