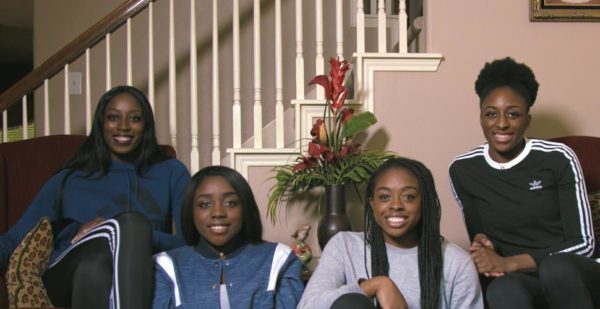 The Ogwumike sisters – Nneka, four-time All-star with the Los Angeles Sparks; Chiney, the Connecticut Sun forward; and Olivia and Erica, who both play for Rice University Women’s Basketball, the reigning Women’s Basketball Invitational champions – are, according to Bleacher Report, first family of women’s basketball.

The sisters were recently featured on Bleacher Report where they discussed pop culture, basketball and family.

Nneka, the first of them, is 6’2 and the current WNBA MVP.

Olivia is 5’11, thinks Kyrie Irving has got the sickest handles in the NBA, and believes La La Land is one of the greatest movies of all time.

Erica is both the last sister standing at 5’9, who loves snapchatting and rapping Kendrick Lamar verses while driving with her sisters. 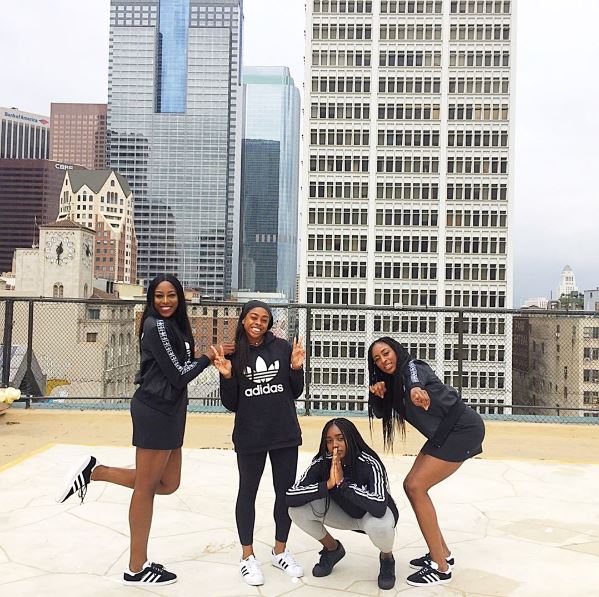 The Ogwumike sisters are said to be relentless in their love for basketball. “No matter how we feel when we walk on the basketball court, we all have this sense of pride, so we always work hard,” Erica said.

Nneka still has a three-inch scar on the right side of her body after she dived into the scorer’s table while playing and hopped back into the game.

Chiney once took an elbow to the mouth, and even though she felt her tooth shake (it fell out the next day), she continued playing.

“We’ve all had our battle scars,” Chiney said.

Although they may be adversaries on the court, the sisters are always a team outside of it.

Nneka is known to use up all her fouls on opponents who have in their previous game fouled Chiney.

She almost beat up someone in high school for making fun of Chiney for delivering lunch announcements.

Funny enough, the sisters would run from competition when they were little.

Chiney, at 9, hid in the bathroom during their first AAU practice. Nneka, 11, did go, but reluctantly.

“She was brave,” Chiney said, although Nneka thinks otherwise. She didn’t have a choice. One of the sisters had to show up.

“Mom drove all the way up there. (The coaches) were like, ‘She’s tall, she has to do something,'” Nneka told Bleacher Report.

The other girls were already two-ball dribbling when the sisters were learning to play with one.

Erica and Olivia would cheer on their older sisters at their AAU tournaments. “They were actually chubby mascots running around with their little bellies,” as Nneka recalled.

The two are older now, and the roles have changed. Olivia said she has “heart attacks” watching them. “She’s not exaggerating,” Erica said.

“I feel like we’re watching baby giraffes. You don’t want to see anything happen to (them),” Nneka said.

The Ogwumike sisters are forever rooting for each other. Once, when Chiney’s team played against Nneka’s, she instinctively clapped for Nneka when she made a free throw against them.

Both Olivia and Erica, expectations trailing them, aren’t chasing the WNBA. They want to be medical doctors. But when they step on the court, they command respect. 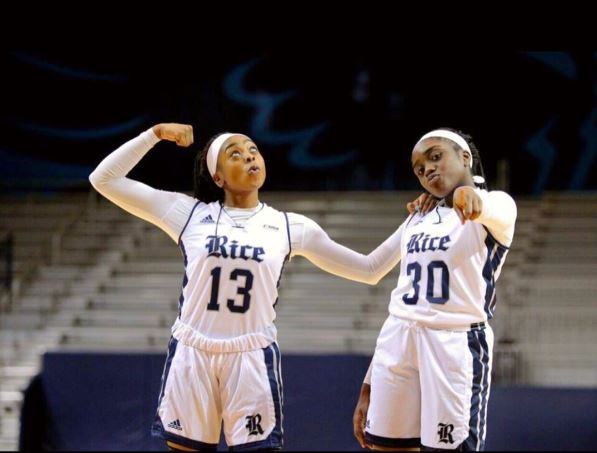 They both transferred from Pepperdine to Rice, the reigning Women’s Basketball Invitational champions, who won 22 games last season, tying the second-most in the program’s history.

With their trophies and achievements, the sisters say they don’t play for that.

“Our parents told us they didn’t care if we scored 50 points, like Nneka has, or zero points. It’s how you play. We just pride ourselves on playing hard and playing for each other,” Chiney said.

The real first family of hoops is the Ogwumike sisters, not the Ball brothers. Get to know basketball royalty #BRmag (link in bio) (video credit @Galvanatro)

Zenith Bank enables Naira Cards for International Spending of up to USD1,000 monthly