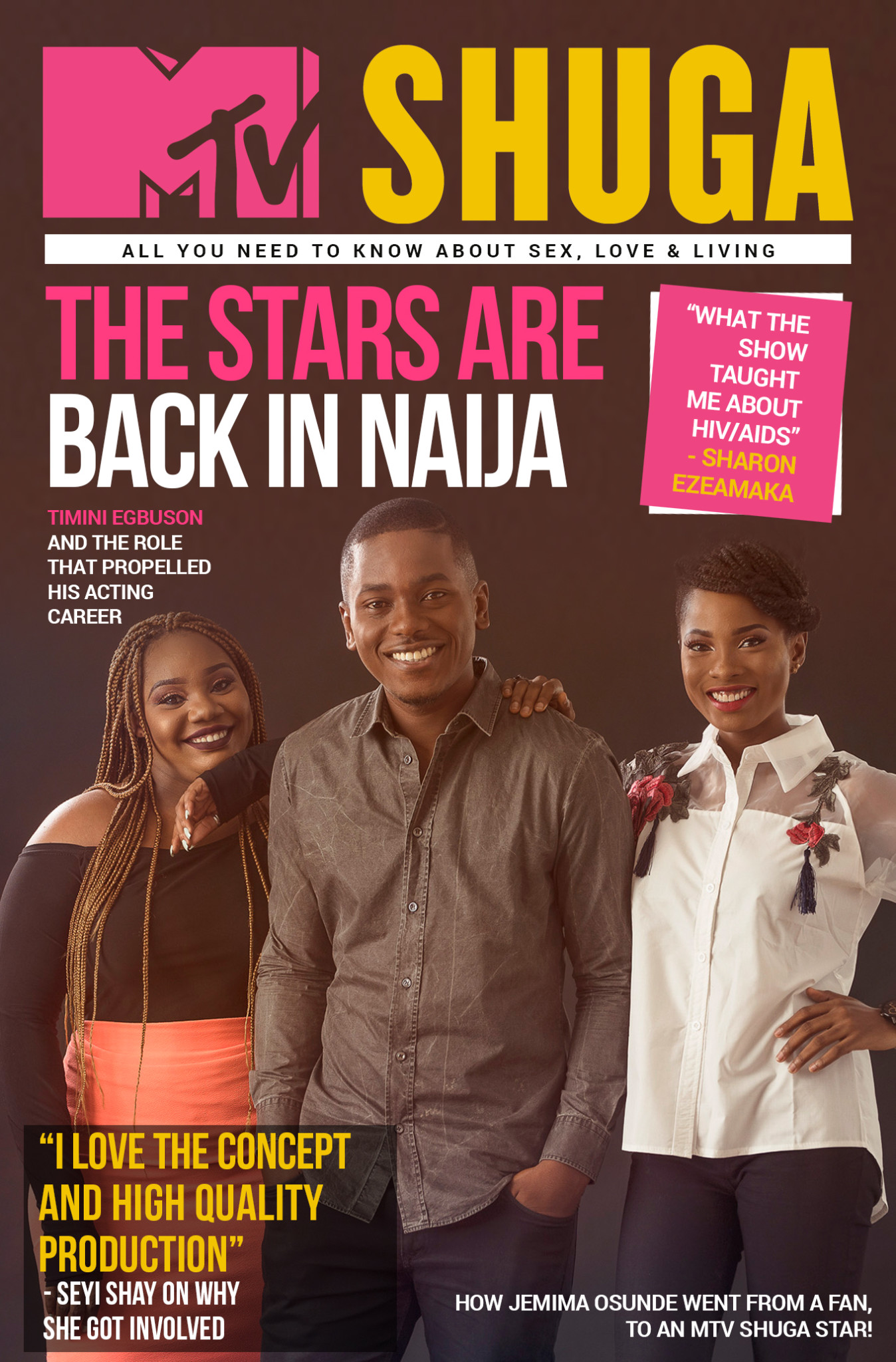 Nollywood actors, Timini Egbuson, Sharon Ezeamaka and Jemima Osunde are the first stars ever to make the global Shuga cover. The three young screen friendly faces can be considered as the next generation superstars as they are set to dominate the entertainment industry.

For the cover, the returning MTV Shuga cast served us with a range of cool, simple yet stylish looks as; Timini looked handsome as ever in a simple button down shirt, Jemima looked radiant in her Gucci-inspired cut out shirt and Sharon looked cheerful in her black and orange two-piece ensemble.

Timini, in the interview, spoke about how his role in MTV Shuga season three propelled him to the star we see today, Sharon who is popularly known for her role in the TV Series, “Dear Mother” spoke about how the show enlightened her on HIV/AIDS while Jemima who is a budding  actress and a medical student spoke about how she went from being a big MTV Shuga fan to actually starring in the highly acclaimed TV Show.

See photos from the editorial shoot below: 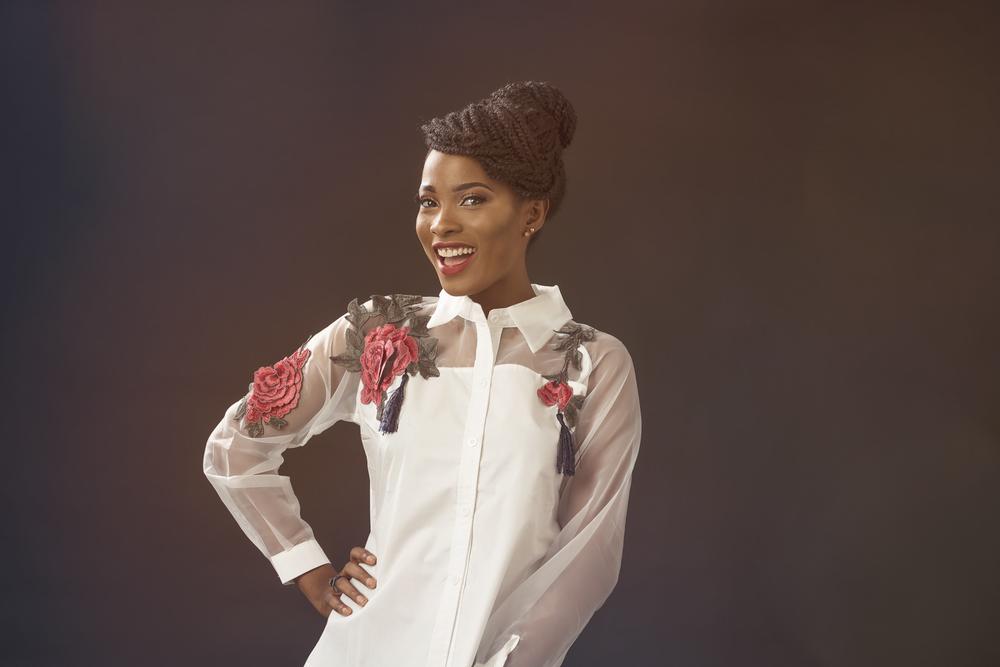 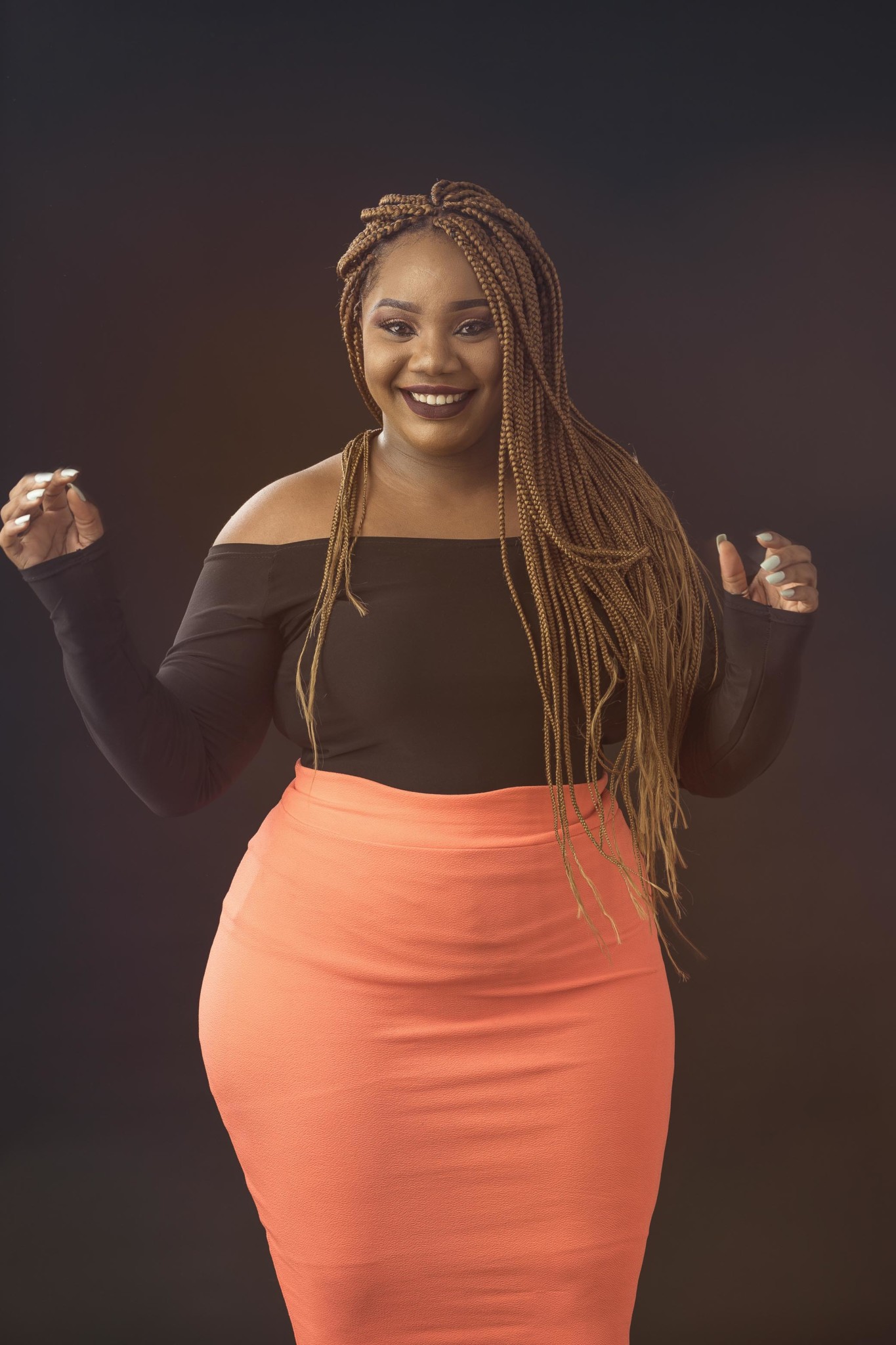 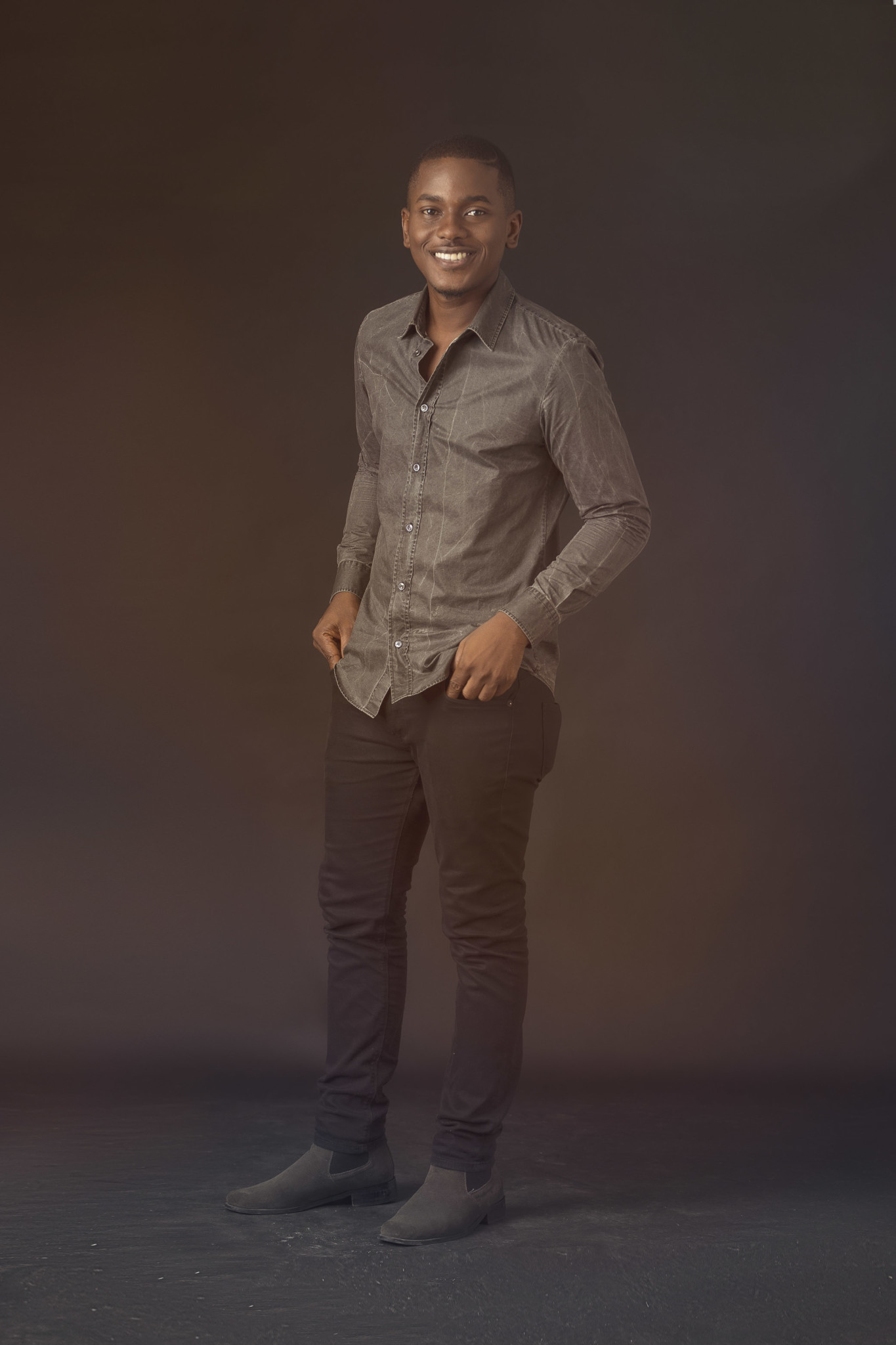 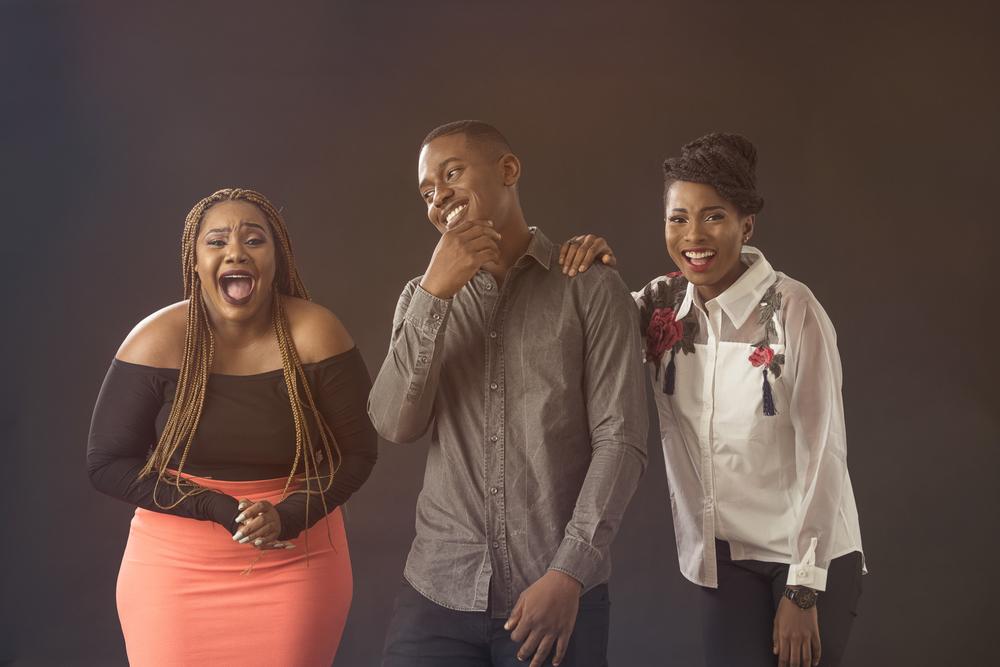