Who is the Lady Married "Hot Felon" Jeremy Meeks was Spotted Snogging? 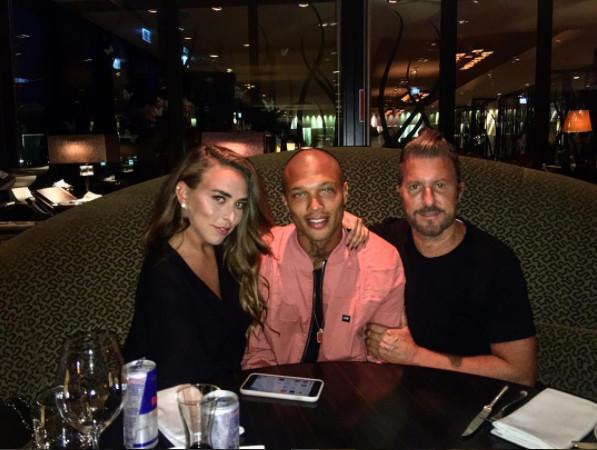 Model Jeremy Meeks who made headlines for his “hot” mugshot has been spotted with billionaire Chloe Green, 26 during a vacation in Turkey.

This report wouldn’t have made headlines if not that Jeremy is supposedly still married to Melissa Meeks.

Chloe shared a photo of she, Jeremy, and his manager with the caption:

“Just the Beginning… We appreciate all the love and the hate.”

In photos shared by Daily Mail, Chloe, whose dad Sir Philip Green owns Topshop, Topman, Dorothy Perkins and Outfit and other British retailers, was spotted aboard a luxury yacht while vacationing with the 33-year old model in Turkey.

Chloe, Metro UK reports, is a fashion expert who originally found fame as a star of Made in Chelsea when she joined during its second series.

She however left before the beginning of the third series.

She is said to have dated American singer Marc Antony, and fellow fellow Made in Chelsea star Ollie Locke.

Chloe has also been linked in the past with Lucien Laviscount, Fazer Rawson and Chris Brown.

Jeremy did not share photos of him and Chloe, however, he posted a photo and video of himself from the vacation.

Jeremy’s wife has however not responded to the news on social media and her Instagram bio still says “Wife to Jeremy Meeks”.

Jeremy captured the hearts of women all over the world when his mugshot was posted on Facebook in 2014. The mugshot even got him signed to a talent agency, White Cross Management.

When “hot felon” Jeremy Meeks was released from prison, he revealed his plans to become a model and actor. He made his catwalk debut at New York Fashion Week after walking the runway for the Philipp Plein collection earlier this year.

Agbani Darego Danjuma is Holidaying Europe and Slayin’ It!