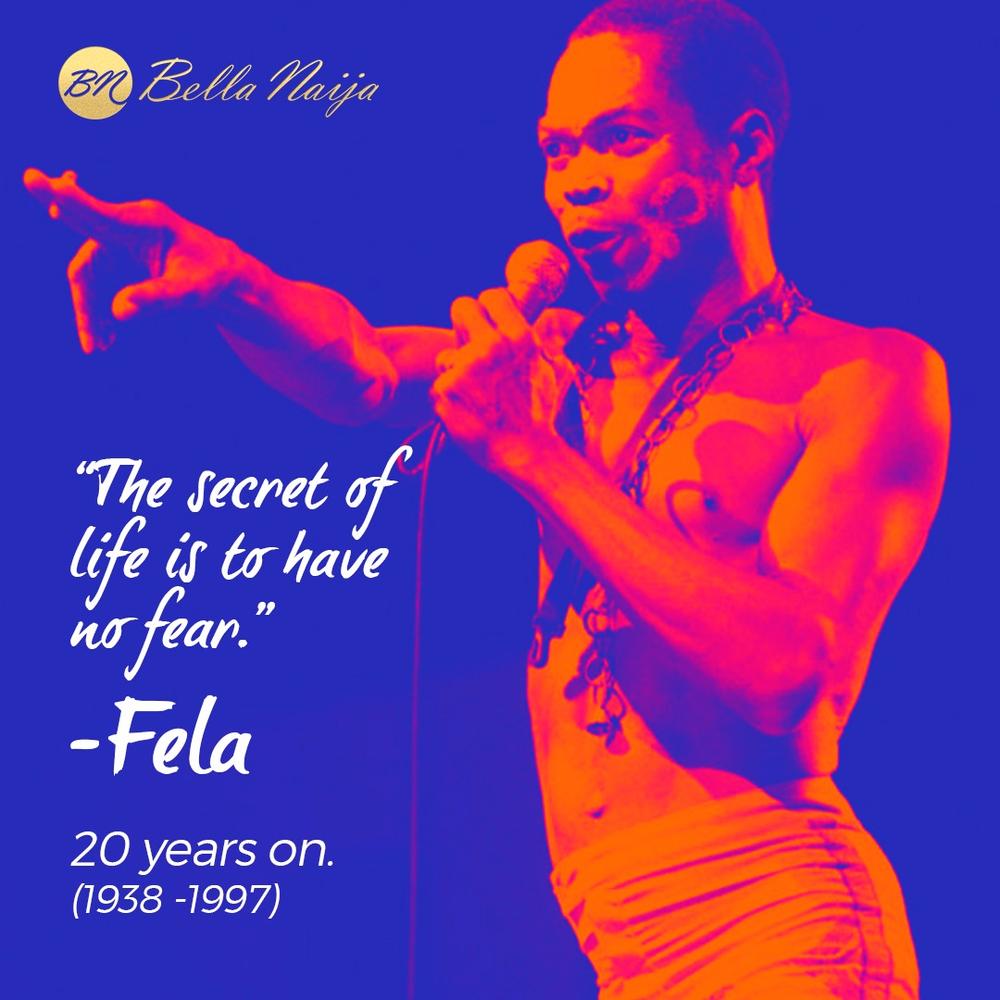 As the world recently celebrated the 20th anniversary of Afrobeats pioneer and legend Fela Anikulapo-Kuti‘s passing, the history of Nigerian music and even politics will not be complete without a mention of this enigmatic personality. His music bordered on political discourse, societal values even while entertaining with his energetic performances and live bands.

We’ll take a look at 20 facts about Fela; some known while some could  be turn out to be surprising. The facts are however unverifiable and the sources would be included.

In no particular order, here they  are: