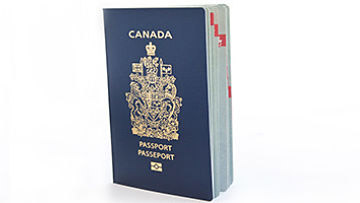 Ahmed Hussein, Minister of refugees, immigration and citizenship Canada (IRCC) disclosed in a statement that Canadian passport holders will have a third option for identifying their gender, “M” for male, “F” for female or “X” for unspecified.

According to the LGBT rights group Lambda Legal, the decision makes Canada the ninth country in the world to offer a third category for gender identification on passports after Australia, Bangladesh, Germany, India, Malta, Nepal, New Zealand and Pakistan.

Officials said the change is meant to offer transgender individuals the option to accurately describe their gender identity without being forced to identify as their birth gender.

“Starting August 31, 2017, IRCC will be the first government of Canada department to introduce interim measures, which include allowing individuals to add an observation to their passport stating their sex should be identified as “X,” indicating that it is unspecified.”

“Interim measures will be available until IRCC is able to print documents with an “X. All Canadians should feel safe to be themselves, live according to their gender identity and express their gender as they choose.”

“By introducing an ‘X’ gender designation in our government-issued documents, we are taking an important step towards advancing equality for all Canadians regardless of gender identity or expression,” the statement reads.