I disobeyed my father by pursuing acting - Olu Jacobs 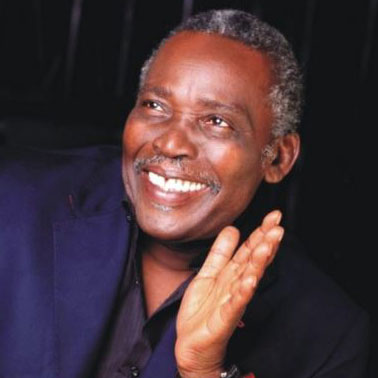 Veteran Nollywood actor Olu Jacobs has discussed the beginning of his career in an interview with Punch.

The actor who trained at the prestigious Royal Academy of the Arts in London said him leaving the country was against his father’s wishes.

My Dad did not want me to go to England. I was his favourite child. When I said that I wanted to act, he said I should do something else and not anything that would take me away from him.

When I got to London, I had to send him a message. As the closest person to him in the family, I knew the right thing that would calm him was tobacco. My father loved tobacco. He was a piper.

So I bought him a new pipe and some tobacco and sent them to him through somebody who was travelling home. And he forgave me for disobeying him.

On why he chose the UK as his destination, he explained that to be an actor back then, one’s only option was to practice outside the country. He said:

At that time, if you desired to do this job that we are doing in the arts, you had to go to either Europe or America.

English was the language of communication that I knew and whatever I wanted to learn I preferred to do it in the language that I understood. And since we already had a relationship between Britain and Nigeria, it was much easier for me to go to England.

Olu Jacobs discussed overcoming the difficulties he experienced after arriving in England, listing racism as a particularly arduous one. He said:

Providence must have had a hand in it. I think good luck was following me everywhere I went. Back then, to become an actor in England, you must be able to have an equity card. The card was issued by the actors’ union in that country.

I was a victim of racism all the time. You felt it in the way the people looked at you and in their attitude toward you. But you could not do anything about it. I could not take somebody to court for that.

Talking about an especially racist experience, Olu Jacobs said a woman one called him a dog. He said:

A white woman once called me a dog. She had a vacant room for rent. But when I approached her, she asked if I didn’t see the ‘No dogs’ sign on her door.

Before I could respond, she said that a dog was better than me and then slammed the door in my face. I felt so bad that I almost decided to return to Nigeria.

But he stayed, he said, and somehow pulled through to become who is he is today.