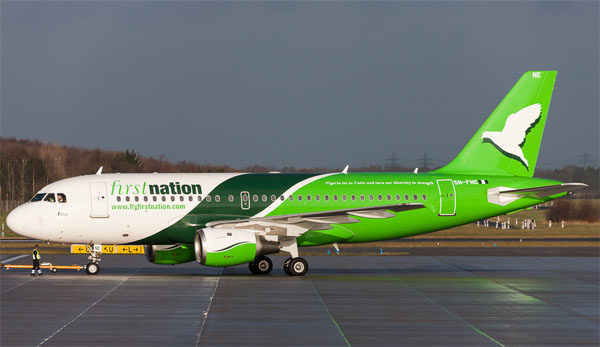 First Nation Airways Certificate of Airworthiness (AOC) has been downgraded to non-schedule service by the Nigerian Civil Aviation Authority (NCAA) as the airline has been operating only one aircraft in the last one year.

The development was disclosed by Captain Muhtar Usman, the Director-General, NCAA at the agency’s headquarters at the Murtala Muhammed Airport (MMA), Lagos.

Usman explained that the airline that the status would remain so until it improved its aircraft fleet to at least two and would have to meet the requirements for scheduled services.

On the visit of the America Federal Aviation Authority team to Nigeria to access the country civil aviation sector, the DG said the country would once again scale the hurdle, stressing that the regulatory agency was prepared to retain the Category One Status it attained in 2010. He recalled that Nigeria attained the new status in 2010 and retained it in 2014 after a comprehensive audit of the industry.

He explained that the “ FAA team would focus its audit on Personnel Licensing, International Operations and Airworthiness”, and he assured that the agency was fully prepared for the visit.

He added that the NCAA has done a lot in the areas that they are expected to cover and they are expecting the new civil aviation bill from the National Assembly which is to enhance the current Act of 2006 and it’s supposed to be in line with the new annexes of the International Civil Aviation Organisation (ICAO) Convention.