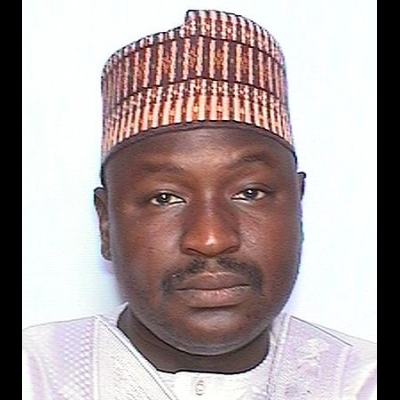 The Nigerian Police has declared Senator Isah Misau wanted for deserting the force and forging a retirement letter.

This is coming after the senator representing Bauchi Central constituency accused the police Inspector General Ibrahim Idris of corruption.

The senator had accused the IG of diverting about N10bn internal revenue generated by the police, and turning the police into a Nupe affair.

According to Vanguard, in a statement released by the police, Misau is said to be a policeman who absconded from duty on September 24, 2010.

The statement said the retirement letter presented to the media by Misau was “suspiciously forged and dubiously obtained.”

His allegations against the IG of police are also said to be false, the statement calling them ridiculous and baseless, and coming from “someone of unsound mind, unrepentant and habitual liar who patronises Indian hemps joints.”

Read the full police statement below:

The Force’s attention was drawn to the publications in the media attributed to the Senator captioned “Senator accuses IG of cornering N10b monthly IGR, taking bribe to post CPs to juicy states.

It’s expedient to disabuse the minds of the members of the Public, most especially people that must have read the story or listened to the fabricated lies, unsubstantiated allegations and shallow imaginations of a personality claiming to be a Senator of the Federal Republic of Nigeria with premeditated evil plans to incite the public against the Nigeria Police Force. IGP Idris K. Ibrahim.

For avoidance of doubt, as earlier stated on 23rd August, 2017 during the Force press briefing with the media, Senator Isah Hamman Misau dubiously absconded and deserted the Nigeria Police Force on 24th September, 2010 when he was redeployed to Niger State Command and he refused to report, consequent upon which he was queried in line with the Public Service Rules Sections 030301(b)(g)(m)&(o) and  030402(a)(b)(c)(e)&(w), in addition to the previous queries and disciplinary process he was facing when he refused to proceed on Junior Command Course(JCC) 49/2008 at Staff College Jos between 5th January, 2009 and 19th June, 2009.

It is on record for the public and the media to verify that, as AP No 57300 DSP Mohammed Isa Hamman was being wanted as a deserter, he contested and lost the Bauchi Central Senatorial Election in 2011 General Elections under Action Congress of Nigeria (ACN), at the age of Thirty Seven (37).

AP. No 57300 DSP Mohammed Isa Hamman absconded from duty and deserted the Force on the 24th September, 2010 but contested the Bauchi Central Senatorial Election in 2011 General Elections under Action Congress of Nigeria (ACN), and got suspected to have forged retirement letter dated 5th March, 2014.

This means that for four (4) years, he is still a Police Officer which made it a criminal act for him to contest election as a Police Officer in service and this is another fraud the Police is investigating against him.

DSP Mohammed Isa Hamman got the suspected forged retirement letter in 2014 but he contested the Bauchi Central Senatorial Election in 2011 General Elections under Action Congress of Nigeria (ACN) at that time he was a Deputy Superintendent of Police and a deserter of the Force. This is a clear element and criminal liability of fraud and impersonation, because under the law, you cannot be a Police Officer and still stand for election.

Furthermore, the evidences so far gathered revealed that the suspected forged retirement letter dated 5th March, 2014 which is currently a subject of investigation, was approved within six(6) working days by the Police Service Commission, this is very abnormal as the procedure for processing retirement must have been altered fraudulently.

It is clearly a false allegation and severe distractions for DSP Mohammed Isa Hamman or any other person to wrongly without any proof or evidence accuse the Inspector General of Police of failure to remit money realized from Policemen attached to private citizens and oil companies amounting into about N10b monthly Internally Generated Revenue (IGR), when the truth and facts are that Nigeria Police Force is not a Revenue Generating Agency.

These allegations from a dubious and fraudulent deserter Deputy Superintendent of Police (DSP) are ridiculous, baseless and a bear parlour gossip which can only be from someone of unsound mind, unrepentant and habitual liar who patronises Indian hemps joints.

It is also pertinent to clear the misgivings of the accusation from DSP Mohammed Isa Hamman and inform the public that the Force based postings, transfers and deployment of Commissioners of Police, Police Mobile Force Commanders, SPU Commanders and other Commanding Officers on merit and competence of such officer to perform in that capacity and not on monetary, ethnic or religious consideration.

Posting and transfers are routine administrative tools to ensure the best performance of Police Officers toward optimum service delivery for the benefit of the public. The Inspector General of Police cannot compromise his integrity by receiving money before officers are posted. This allegation is also baseless, unfounded and so should be disregarded and discountenance by the public.

Consequently, the Commissioner of Police, Adamawa State and other Officers that DSP Mohammed Isah Hamman disparaged have been granted permission and liberty by the Inspector General of Police to take legal actions against him as deemed necessary for his reckless utterances on the reputation of these officers.

Considering all the above, the Force is compelled to seek the prompt consideration of the Senate Ethics and Privileges Committee to prevail on DSP Mohammed Isah Hamman to return to the Nigeria Police Force to face the Force Disciplinary Committee for various acts of serious misconduct, unprofessional wrong doings contrary to discipline, and other discreditable improper behaviours unbecoming of a Police Officer that he was charged with.

Members of the public are advised to disregard and discountenance all the allegations against the Inspector General of Police and the Nigeria Police Force by DSP Mohammed Isah Hamman as totally unfounded and absolute falsehood.

In conclusion, AP No 57300 DSP Mohammed Isah Hamman is still a Police Officer and not regarded as a Senator by the Nigeria Police Force. The retirement letter he is parading is a suspected forged document under investigation.

#TEDGlobal2017 Kicks off in Tanzania! Here are the Highlights of Day 1 – A New Map