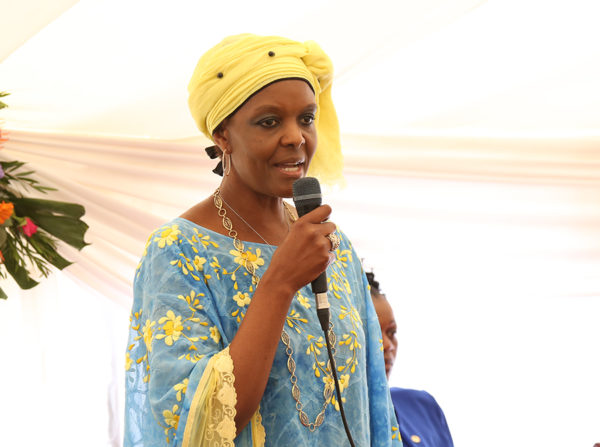 South Africa has granted diplomatic immunity to Zimbabwe’s first lady, Grace Mugabe, allowing her to return to Harare and avoid prosecution for the alleged assault of a 20-year-old model, Reuters has reported quoting a security source.

News about the immunity came as South African police put border posts on “red alert” to prevent her fleeing.

The police had indicated she would receive no special treatment in the case involving Gabriella Engels, who says Mugabe whipped her with an electric extension cable.

The source said Grace Mugabe failed to turn up at a Johannesburg court hearing on Tuesday because of concerns she could be attacked.

The alleged assault according to Engels occurred on Sunday evening as she waited with two friends in a luxury Johannesburg hotel suite to meet one of Mugabe’s adult sons.

The country has a difficult relationship with its northern neighbour. It is home to an estimated three million Zimbabwean exiles who regard President Robert Mugabe as a dictator who has ruined what was once one of Africa’s most promising democracies.

Although he is also widely reviled in the West, Mugabe is seen by many Africans as the continent’s elder statesman and a hero of its anti-colonial struggles.

A senior government source said on Friday there was “no way” Grace Mugabe, 52, would be arrested because of the diplomatic fallout that would ensue from Zimbabwe.

The government source accepted the view widely held by legal experts that Grace Mugabe was not entitled to immunity because she was in South Africa for medical treatment, and said the government was expecting her immunity to be challenged in court.

Engels’ mother Debbie, who released photographs of her daughter with gashes to her head requiring 14 stitches, said it would be “very sad” if Grace Mugabe was allowed to leave.

However, her daughter’s legal team which includes Gerrie Nel, the prosecutor who secured a murder conviction against Olympic and Paralympic track star Oscar Pistorius would counter such a move, she said.

“Gerrie Nel and the team have contingency plans,” she told Reuters, without elaborating. “They will run with it.”

Afriforum, an Afrikaans rights group that Nel joined in January after quitting as a state prosecutor, said it would be illegal for Pretoria to give Mugabe immunity and branded the plans a “disgrace”.

“The government has two responsibilities: one, to protect its own citizens and two, to act according to the law. And the granting of diplomatic immunity would transgress the law,” chief executive Kallie Kriel said.