Wanna Keep your Favourite Contestant on the Voice Nigeria? Start Voting Right Away 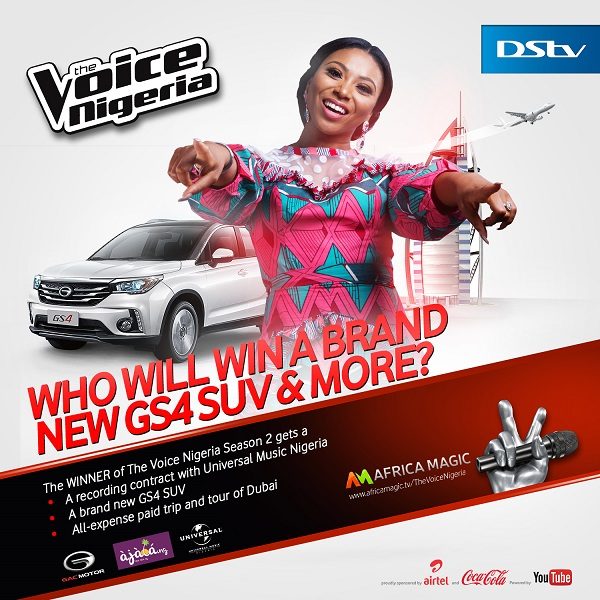 Public voting opened immediately after what can only be described as a series of epic performances on last Sunday’s The Voice Nigeria show.

#TeamYemiAlade was up next as Chris Rio performed ‘Stiches’ by Shawn Mendes. Ifeoma touched a few nerves as she sang Andra Day’s Rise up. Jahnomso followed with Show me love by Robin S and Bunmi sang Yemi Alade’s ‘Want you.’ Yemi Alade saved Ifeoma.

Following this string of impressive performances was #TeamWaje with Efezino kicking off with a rendition of Clean Bandit’s ‘Rockabye.’ Glowrie gave an emotional performance of Adele’s Hello while Favour sang Tiwa Savage’s All over and wow, the 80s man, raised the bar with his performance of ‘Kool’ and the Gang’s ‘Get down on it.’ Glowrie was saved by Waje.

#TeamTimi had Bada who sang Sean Kingston’s Beautiful girls while Amarachi (sister to Dawn from Season one) performed Meghan Trainor’s No. Wolei sang Brymo’s Ara and finally the strong voiced Precious regaled the coaches and audience with his lovely performance of Whitney Houston’s Nothing. Precious was saved by Timi.

To vote for your favorite contestant, simply send their respective SMS numbers to 32052.

You can also vote online by visiting the website here and following the easy steps below: 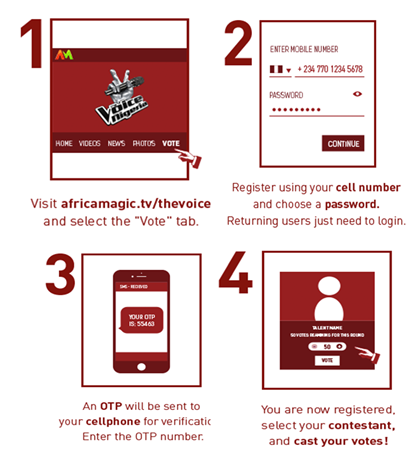 Make sure you tune into Africa Magic Showcase and Africa Magic Urban every Sunday at 7.00 pm Nigerian time to catch all the excitement with The Voice Nigeria, proudly sponsored by Airtel and Coca-Cola and powered by YouTube.

Made with Love & Filled with Natural Organic Goodness for Your Body, SheaMoisture is Now Available in Nigeria

Take care of your Body