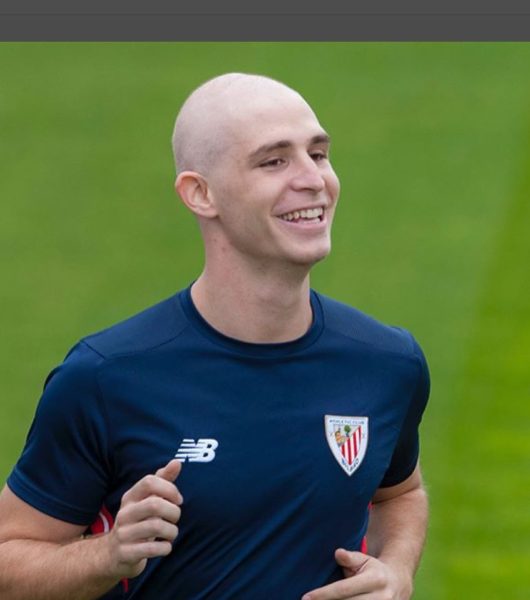 Athletic Bilbao have announced that defender Yeray Alvarez who was diagnosed with testicular cancer last year has successfully recovered from the illness for a second time.

The 22-year-old full-back was originally diagnosed with the illness in December 2016, before being given the all clear in February.

However, a check-up in June revealed an “anomaly” which required him to undergo a course of chemotherapy which was to last three months.

According to the club, the defender is now set to return to the first-team following the club’s 2-1 home defeat by Atletico Madrid.

Coach Jose Angel Ziganda also spoke about the defender in his post-match press conference, with his imminent return giving the club a boost following the defeat.

“It seems that the news is that Yeray is completely cured,” Ziganda told reporters. “We are very happy – the treatment has worked.”

A statement on the club’s website also says the treatment phase scheduled in June for the disease has ended and in the next few days, Yeray will be discharged and will begin the phase of progressive incorporation back into the team.

Lagos to ban Okada riders from Parts of the State