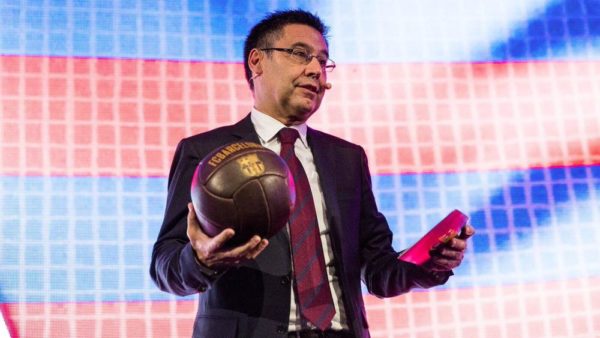 Barcelona will name its new coach on May 29, two days after the Copa del Rey final, president Josep Bartomeu confirmed on Sunday after the La Liga season ended.

Reports in the Barcelona media last week said the club have already agreed a two-year deal with Athletic Bilbao coach Ernesto Valverde after Luis Enrique confirmed this will be his last season in charge of the Catalan club.

We thank Luis Enrique for the effort he has put in the demands he placed on himself. The door is open. Now we have the Copa.

On May 29, we have a board meeting and we will announce the name of the new coach after. Bartomeu said.

Real Madrid were crowned champions after finishing top of the table in La Liga, three points above second-placed Barcelona on the last day of the season, but the later has a contest in the cup final against Alaves on Saturday.

Bartomeu also said he was not concerned with the contract situation of star Lionel Messi, whose current deal is set to expire after next season claiming negotiation will continue with the star.

How 39-year Old Man Allegedly Killed his 7-year Old Son after Accusing him of Stealing N3,200

Pregnant 28-year old Student and her Lecturer in Paternity Scandal