How 39-year Old Man Allegedly Killed his 7-year Old Son after Accusing him of Stealing N3,200 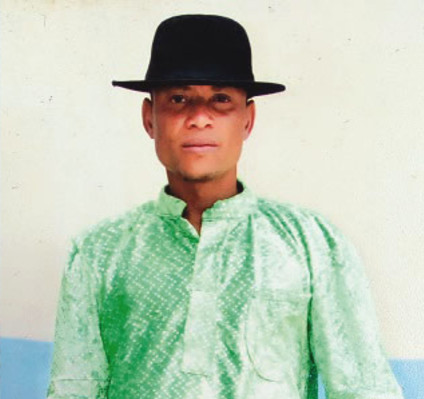 The 39-year old man who allegedly beat his 7-year old son to death in Port Harcourt over alleged theft has been identified as Richard Inimgba and is currently in police custody.

Richard had accused the deceased, George Inimgba of stealing N3,200 from him over time, and reportedly used a cutlass and plank to beat up the primary school pupil.

PUNCH reports that George’s stepmother Blessing Inimgba failed to rescue the boy when he was being beaten by his father. She also is in police custody.

An Instagram user @srigeorgeom, had reported the boy’s death over the weekend, saying that he had met him earlier on in the week where he attempted to steal snacks to eat and was caught. He said the shop owner, after hearing his story, gave him the snacks and something to drink.

He said the deceased had told him that he was not being fed at home, and he (@srigeorgeom) gave him food and promised to go see his father that weekend.

Richard had planned to keep the 7-year old’s death a secret, but the carpenter who he invited to make a coffin for his burial raised alarm. 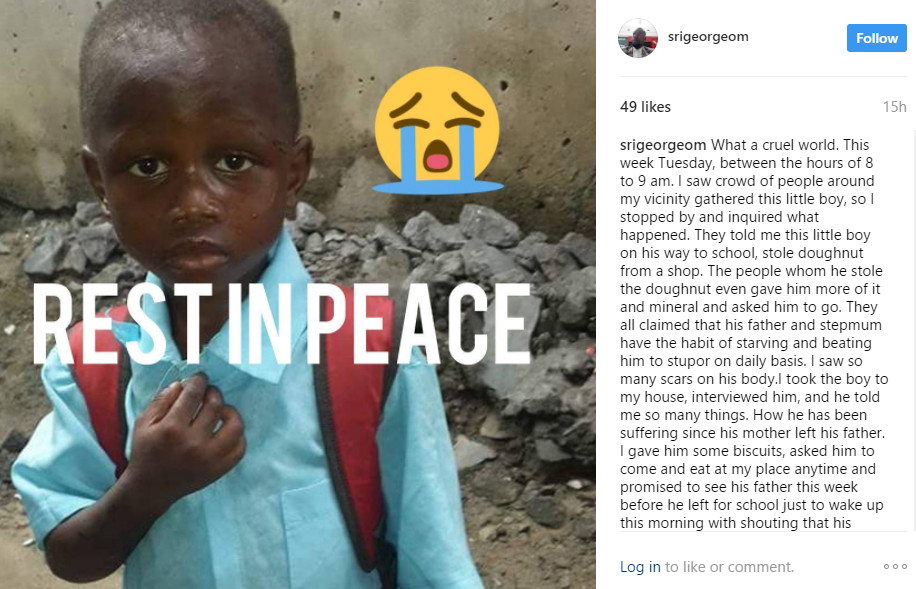 Neighbours say since Richard sent the deceased’s mother packing 6 years ago, he had been maltreating the boy.

Telling her own side of the story, the wife of Richard’s elder brother, who identified herself as K.K said:

He beat the boy for about two hours. My husband was not around. The boy was crying and saying, ‘Daddy, give me water, I cannot walk again.’

The boy was saying ‘Sorry Daddy’ and the man continued to ask, ‘Where is the money?’ But the boy said he was hungry and used the money to buy bread. He accused the son of stealing N3,200 from him overtime.

The boy was always hungry and if he came to my house to eat, the stepmother would report him to the father.

He went to his church to tell the pastor that his child was dead without explaining what led to the little boy’s death. It was when the carpenter raised the alarm that the neighbours knew that he had killed his son.

There were machete cuts on George’s body. Some angry boys came out and gave Oyinbo the beating of his life before a team of mobile policemen arrested him and his wife.

A neighbour who spoke on the condition of anonymity, said Richard had been arrested for brutalising the deceased in 2016.

“He was arrested, detained for three days and was made to write an undertaking. It was at that point that the boy started going to school for the first time,” the neighbour said.

It’s a New Week…Don’t Forget to be a Goal Digger!