A category 5 hurricane – the highest classification – called Hurricane Irma is currently tearing through islands making up the Caribbeans.

Irma already hit Barbuda overnight, and no contact, not even a radio signal, has come from there since then, CNN reports.

Irma has been observed to have maximum sustained winds of 185mph, which is well above the category 5 threshold of 157mph, making it the most intense hurricane in the Atlantic basin in a very long while.

#Irma is only the 5th Atlantic basin hurricane with a peak wind speed of 185 mph or higher. pic.twitter.com/R3hZ2FG94b

The hurricane is on course to hit Puerto Rico, although it has already blown through St. Martin and Anguilla on early Wednesday.

Current weather at Fajardo, Puerto Rico. Irma will be hitting us in the next hours. #Irma2017 #PuertoRico pic.twitter.com/8Jaeh8vGZd

Reports from Antigua say they have also been hit, but with minor damage.

Here is a report from #ABS on the impact of #H_Irma pic.twitter.com/kAsjnJchlC

Photos and videos from St. Martin on the other hand show houses in disarray and properties damaged.

A lady giving her own account of what occurred in St Martin #HurricaneIrma pic.twitter.com/0X1d3togIv

Whoa. This is the havoc of Hurricane Irma on the Caribbean island of Saint Martin.pic.twitter.com/Eh7mRdPkiJ

Saint Barth, too, has houses flooded, and some even underwater.

And although the hurricane’s path has been unstable, forecasters are predicting it will hit Florida, and evacuation is already taking place in some parts.

Residents there are trooping to superstores to get supplies or fuel stations to get fuel – the ones that still have some left – to board their homes with or help evacuate, as the hurricane is big enough to cover the entire state of Florida. 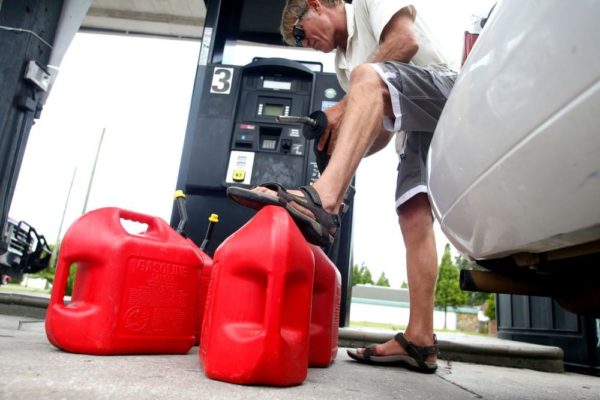 ST. PETERSBURG, FL – SEPTEMBER 05: Stan Glass, of St. Petersburg, fills four 5-gallon fuel tanks with gasoline for his boat should he have to evacuate by boat as residents in the area prepare ahead of Hurricane Irma on September 05, 2017 in St. Petersburg, Florida. (Photo by Brian Blanco/Getty Images) 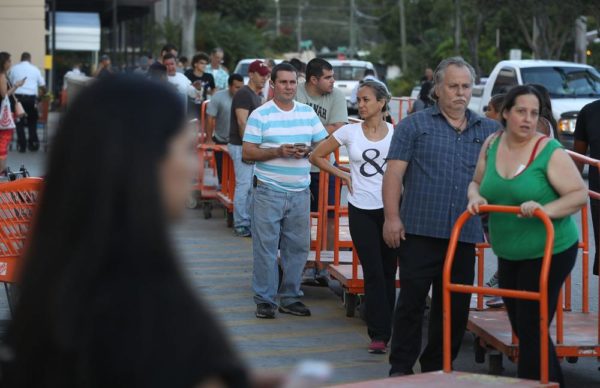 MIAMI, FL – SEPTEMBER 06: People wait in line to purchase plywood at The Home Depot as they prepare for Hurricane Irma on September 6, 2017 in Miami, Florida. It’s still too early to know where the direct impact of the hurricane will take place but the state of Florida is in the area of possible landfall. (Photo by Joe Raedle/Getty Images)

A video from the International Space Station captured the eye of the storm, and it is huge.

Get a good look at Hurricane #Irma's eye with this visible imagery from #GOES16! For the latest info on Irma, go to https://t.co/cSGOfrM0lG pic.twitter.com/q4Q5UtPlIP

Do you Always Forget your ATM Cards? Paycode allows you withdraw Cash without your Cards

When all Nigerians can eat 3 square meals, that’s when the real recession ends – Atiku