"Banning open grazing is an invitation to anarchy" - Fulani Herdsmen 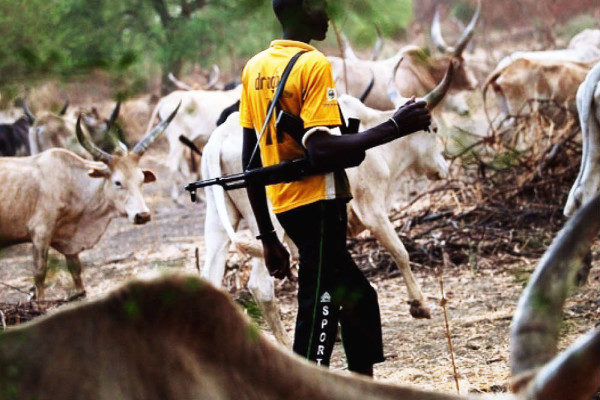 The Secretary-General of Gan Allah Fulani Development Association of Nigeria (GAFDAN), Sale Bayeri, has said that banning open grazing in Plateau State is an invitation to anarchy.

According to ThisDay, Bayeri was reacting to a protest staged at the Plateau State House of Assembly by youths across the 6 states making up the Middle-Belt on Thursday.

Emma Zopmal, President of the Middle-Belt Youth Council, said the protest was held to compel the government of the states making the region (Benue, Kogi, Kwara, Nasarawa, Niger, and Plateau) to ban open grazing.

They lamented the recent attacks in Plateau State that have left at least 50 dead.

However, Bayeri, speaking for the herdsmen, has said banning open grazing is laughable.

He described the ban of open grazing as a “measure that will make that peace unattainable.” He said:

Saying that you will ban open grazing on the Plateau is laughable because the average Fulani man does not know any other way of grazing his cows. This is a practice that started right from Adam, and for you to say you want to remove or curb it is an invitation to anarchy really.

If you want to ban open grazing, you can equally ban open farming because the two agricultural activities go hand in hand and you can’t have one without the other. You can’t eat rice without meat for the soup or stew.

Again, the resistance that will come with such measure is not what Plateau needs at this time. We are passing through turbulent times and we are trying to make peace. So, we should not put in place any measure that will make that peace unattainable.

“An act of terror”: At least 8 Dead after Truck attack in Manhattan