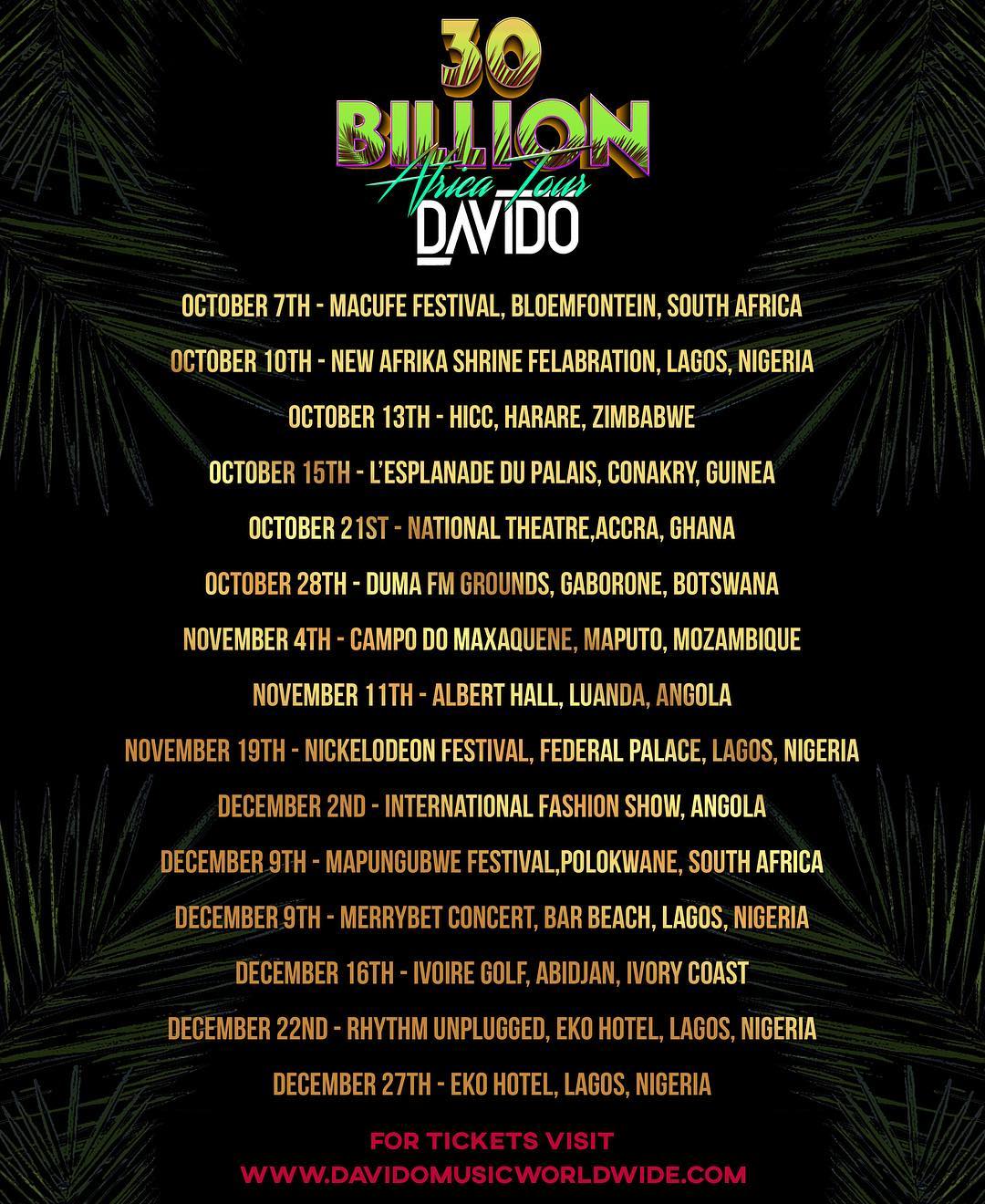 Riding on the massive success of his recently concluded 30 Billion World Tour where he touched cities in the United States, Denmark, Germany and so much more, DMW frontline act and head huncho, Davido is set to take Africa for the “30 Billion Africa Tour“.

He revealed this via his Instagram handle with the tour starting on the 7th of October in Bloemfontein, South Africa. The tour will also touch cities like Accra, Harare, Gaborone, Polokwane, Luanda, Maputo, Conakry and Abidjan before ending on the 27th of December in Lagos, Nigeria.

He also stated that more dates and cities would still be added in due course. He wrote: