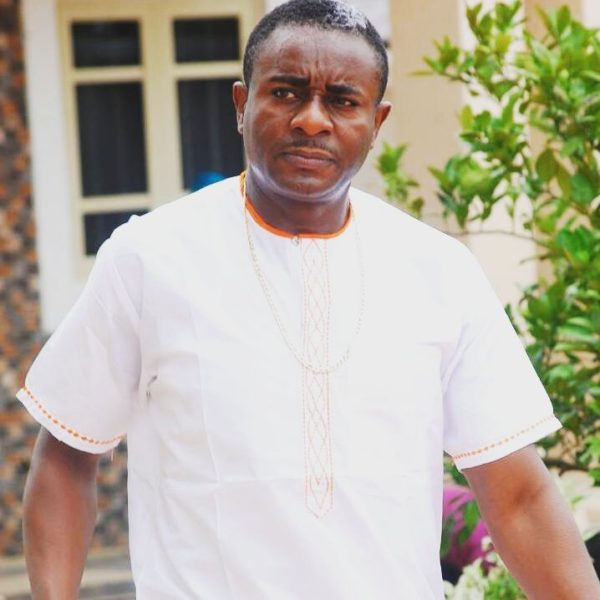 Nollywood actor Emeka Ike has said that he’ll fight, with everything he has, to clear his himself of the wife beater image his ex wife has labelled him, as he isn’t one.

He said this while speaking to Punch, adding that his divorce is illegal, as neither him nor his lawyer was at the court to sign the divorce papers.

The court dissolved my marriage illegally; I want people to get it right.

For you to dissolve a marriage, the man and his lawyer must be present in court to sign some documents. Ask them, was either my lawyer or myself present in court on that day? Is it possible to say the marriage has been dissolved?

My wife says that I am a wifebeater but the same woman two years ago in church during counselling, wrote it down that I am a caring man who is selfless and loves his family. She wrote that I love her and my lawyer still has the written note. She made this statement at The Redeemed Assemblies of God church in Magodo, Lagos. Can I possess all these and still beat my wife?

Six months later, she began to sing another tune and I know she was advised by some people that it was the only way to leave the marriage.

As to why he has refused to sign the divorce papers, Emeka Ike said:

The reason why I have not signed the papers is because of the blackmail involved and my name that has been tarnished. She is spoiling my name; I would fight to clear myself of being called a wife beater with everything I have.

I hate being referred to as a wife-beater because I am not one. Any man that does that does not deserve to be called a father or a man because you are stronger than the woman,

He said his children are scared of his ex wife, their mother, and do not want to see her.

My children do not want to see their mother. When my daughter heard she would be taken to Lagos to be with her mother, she was crying profusely because she did not want to go to meet her. The children are scared of her.

People have been asking me how my children have been coping with this whole drama but the truth is that they don’t want to see her. If you threaten our daughter that she would go to Lagos to meet her mother, she would cry and do everything you want her to do in the house just because she doesn’t want to see her.

Now my children are suffering emotionally, I even had to pay their matron double the money she asked for to make my children comfortable so they don’t really miss their mother.

I am not happy that my daughter does not have a role model. The children are really irritated by their mother. I have a lot of evidence of child abuse against her but I am waiting for the right time to arrest her. Even in court, her son testified against her.

She has tried to use the press against me by saying that I am a wife-beater but I have never touched her in my life. This is a real story and not a joke.

Her best TV station is the criminal investigation channel; she stays up till 4am to watch the channel for over five years. At first, I used to enjoy watching it with her. She watched the programmes about women who killed their husbands, children, relatives. How would you wake up by 4am and not see your wife on the bed only to go downstairs and see her watching that station as if she is taking notes. I had to ask her if she wanted to kill somebody with the way she watched the station but she just switched off the television, went to her room and slept.

This is the story of my life. This is a woman whom I brought out of a one room apartment she was living with her mother, the other room was covered with zinc but I built a two-bedroomed apartment for them.

I went to her village and built a three-bedroomed apartment for her. I trained her from secondary school to Master’s degree level. Is this how she is supposed to pay me back?

No one is looking at all this but they would go online to say that I am bitter. Some men suffer like me but they died for nothing. That is why I dedicated my award to all the men that lost their lives to the women they loved.

Concerning the photo of him and a South African lady he is rumoured to be dating circulating the internet, Emeka Ike said:

People saw a picture of me and a lady together and they have already begun to conclude different things.

Love is not a public thing but a private matter, however, the lady I was pictured with is truly a South African and also of a German descent but she is my friend and we took pictures.

People should leave it like that. When I want to get married again, everyone would know and that is if there will be anything like that. But at the moment, the lady is just my friend.