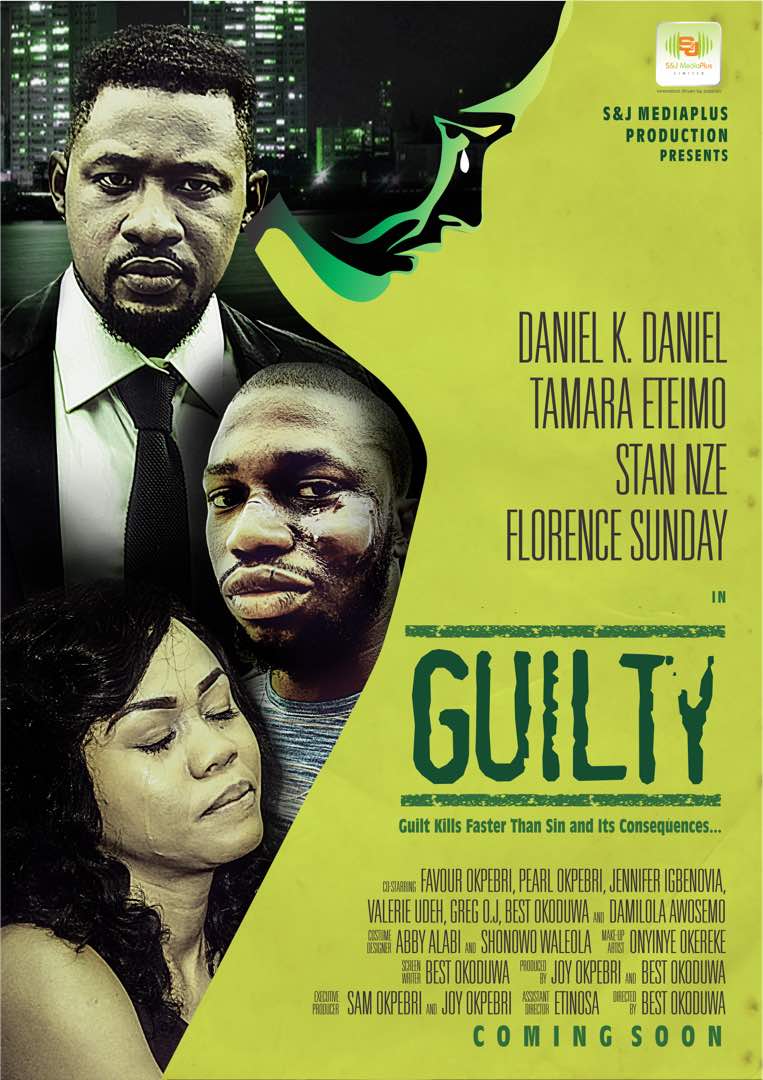 Guilty tells the story of Chucks played by Daniel K Daniel; a hard-working and successful family man who is very much in love with his wife Oluchi played by Tamara Eteimo and the mother of his two kids.

Tragedy looms and the couple is torn in grief and confusion, further complicated with the introduction of an old Igbo myth about infidelity and death of children by Chuck’s Mother, a myth brought to life and validation by Oluchi’s secret affair with Emeka played by Stan Nze.

First Look: All your favorite characters are back in “The Wedding Party 2: Destination Dubai”| Watch Teaser