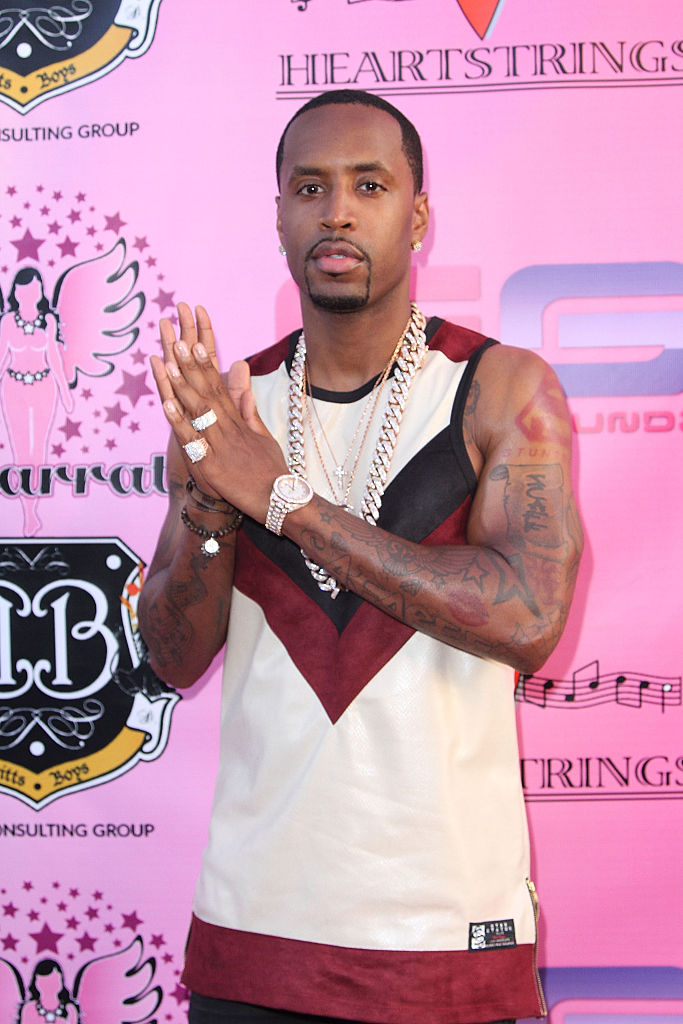 Rapper Nicki Minaj‘s ex boyfriend, Safaree has said that Nicki Minaj was not sincere in her congratulatory message to newcomer Cardi B’s “Bodak Yellow” going number one on Billboard Hot 100.

Safaree made this known when he was a guest on Everyday Struggle.

“I’m going to ask if you feel like Cardi B is pressing Nicki… like in terms of, do you think she got Nicki sweating?” asked DJ Akademiks.

Safaree said in response, “100 percent.” When asked why he said so he said, “because I know how she is.”

Safaree was then reminded that it’s all speculation and that Nicki also congratulated Cardi B on getting to the top of Billboard Hot 100. He then said: “Listen, one thing you can’t look like out here is a hater.”

DJ Akademiks then asked, “Ok, so you don’t think that’s sincere then?” Safaree replied with, “Absolutely not,” he said adding “If you know somebody, you don’t even have to second guess or wonder”.

New Music: Del’ B – Boogie Down