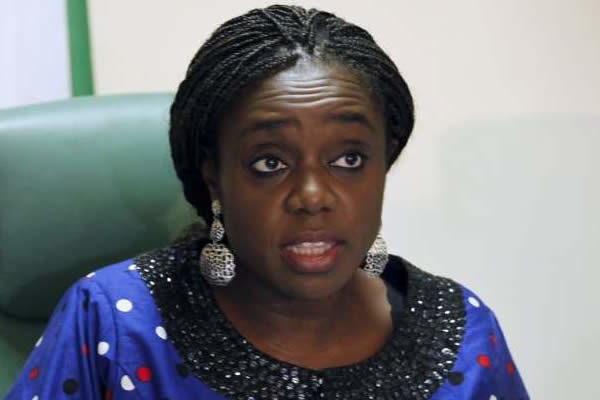 The Minister of Finance, Kemi Adeosun has suspended the Director-General of the Securities and Exchange Commission (SEC), Mounir Gwarzo, from office over allegations of financial misappropriation.

The Ministry’s Deputy Director of Information, Patricia Deworitshe, in a statement on Wednesday, said that the suspension was to allow unhindered investigation into several allegations of financial impropriety against Gwarzo.

“The suspension is in line with the Public Service Rules. The Minister has set up an Administrative Panel of Inquiry (API) to investigate and determine the culpability of the director-general. She has directed the suspended SEC Director-General to immediately handover to the most senior officer at the Commission, pending the conclusion of investigation by the API,” she said.

Gwarzo allegedly paid himself N104 million severance package when he was appointed DG SEC from the position of a Director in the same commission.

”This is in total disregard to the standing rule in the civil service which states that severance benefit can only be paid to an employee who has concluded his or her service or has completely disengaged from service. Since Gwarzo was promoted within the commission to become a Director-general, the service rule says that he’s not yet entitled to a severance package.”

The Economic and Financial Crimes Commission (EFCC) is also investigating the owners of the nine companies that got contracts from the SEC under Gwarzo.

According to the EFCC, Gwarzo, his wife and other cronies allegedly used the companies to carry out illegal transactions in SEC.

Slave Markets: “It is a slap on the face of all of us” – Senate