Zimbabwe’s Army General Constantino Chiwenga had earlier threatened that the military could “step in” to protect the positions of ruling ZANU–PF members who fought to end UK’s rule over Zimbabwe, BBC reports. He had said:

The current purging, which is clearly targeting members of the party with a liberation background, must stop forthwith.

We must remind those behind the current treacherous shenanigans that when it comes to matters of protecting our revolution, the military will not hesitate to step in.

His comments were seen as a response to President Robert Mugabe‘s sacking of vice-president Emerson Mnangagwa, who previously served as the defence and state security minister.

See videos and photos below:

War is breaking out in Zimbabwe as we speak!!!

This is now extremely serious.

Another video of military tanks on the move in Zimbabwe. In this one, someone says “the army are backing Mnangagwa” in Shona at the end of the video. pic.twitter.com/kpeY6TOdey 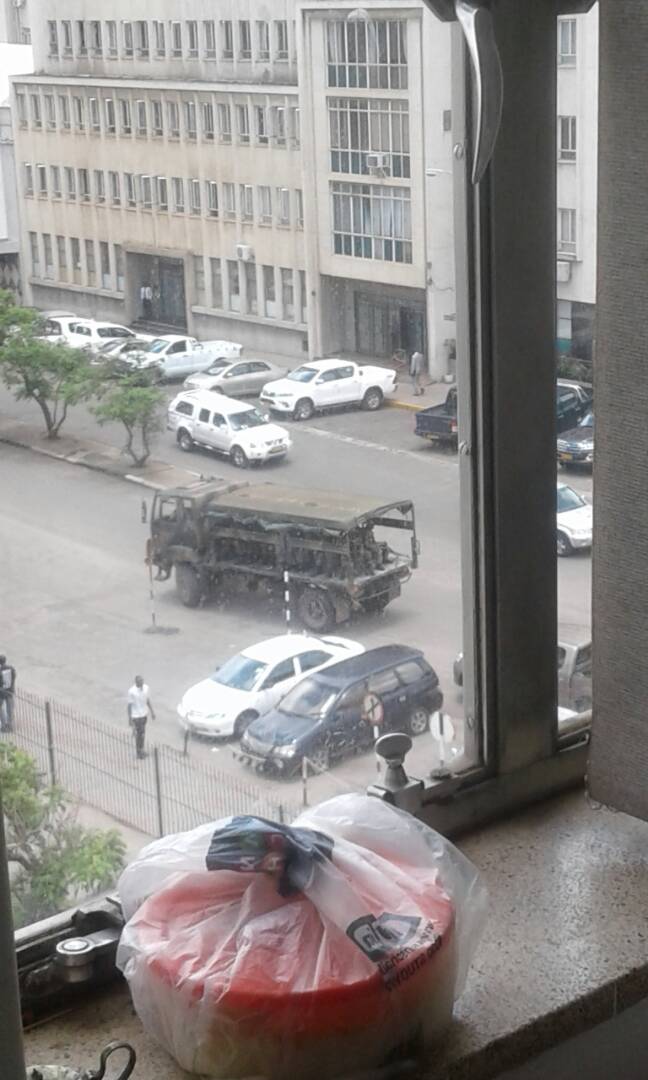 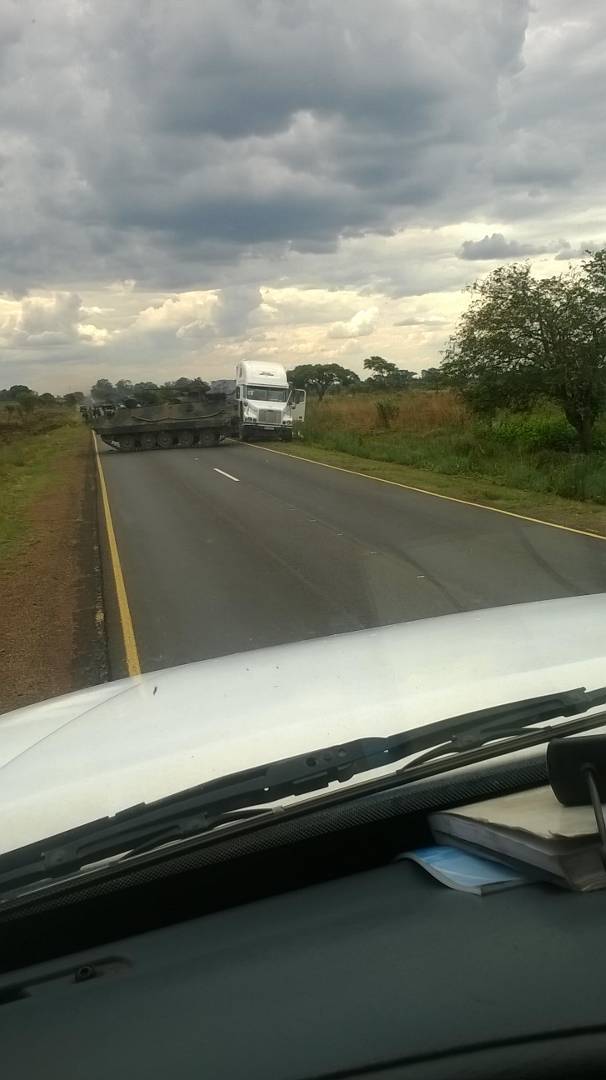 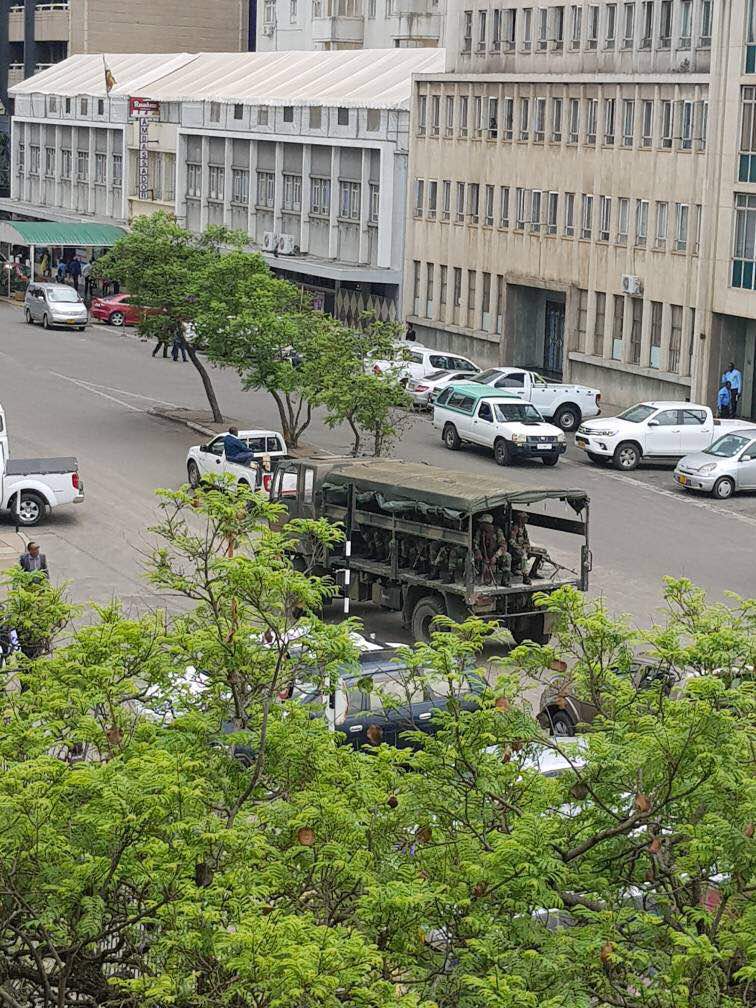 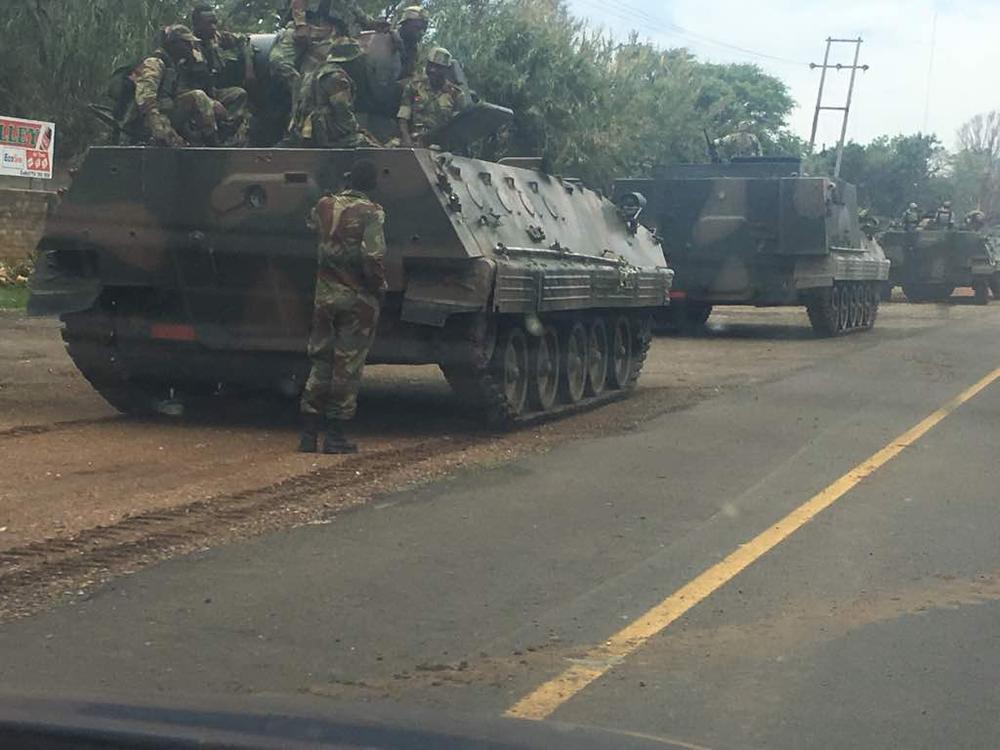