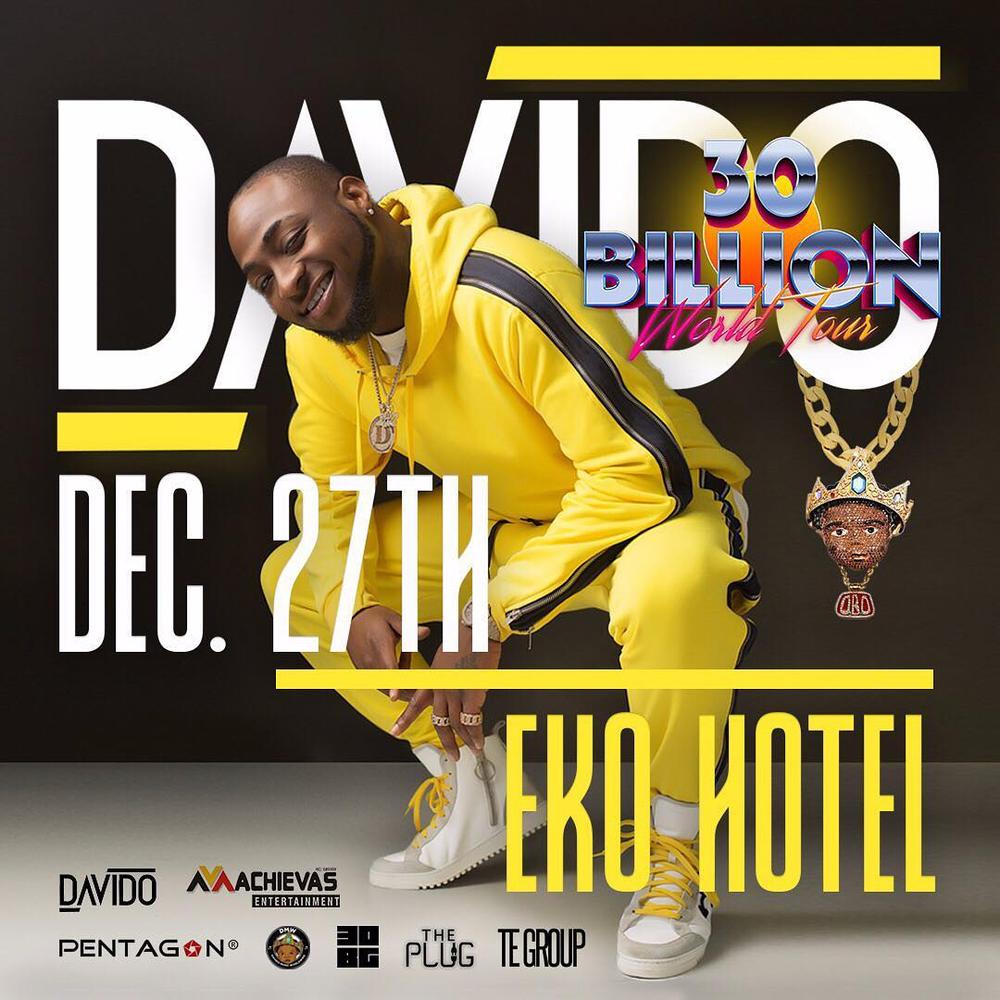 Nigerian superstar Davido is set to round off his spectacular year on a high with his first headline concert in Nigeria in five years.

The singer shared the above photo on his Instagram page and wrote:

It’s been a crazy year for me on so many levels and we are just kicking off! We said we were going back to basics and that’s exactly we are doing; my first headline show in Lagos in five years!! We’ve toured the world this year it’s only right we end it all in my home town – Lagos! It’s going to be crazy! Get ready, December 27th is going to be on a different level! #30BG#ThePlug Many surprises ?