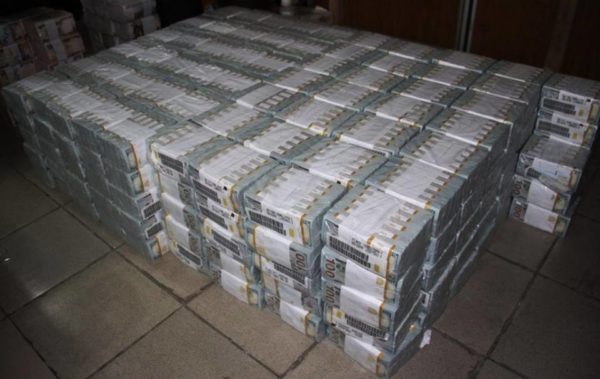 A temporary forfeiture of the Ikoyi flat where the sums of 43.4 million dollars, 27,800 pounds and 23.2 million naira were found has been ordered by the Federal High Court in Lagos.

The apartment, Flat 7B Osborne Towers, Ikoyi, Lagos, was ordered to be forfeited to the Federal Government, by Justice Saliu Saidu on Thursday, following an ex parte application by the Economic and Financial Crimes Commission (EFCC), Punch reports.

The EFCC had earlier revealed that the property belonged to Folashade Oke, wife of the suspended Director-General of the National Intelligence Agency (NIA).

EFCC said a company called Choba Ventures Limited bought the Flat 7 and paid for it between August and September 2015. Fine and Country Limited was the vendor.