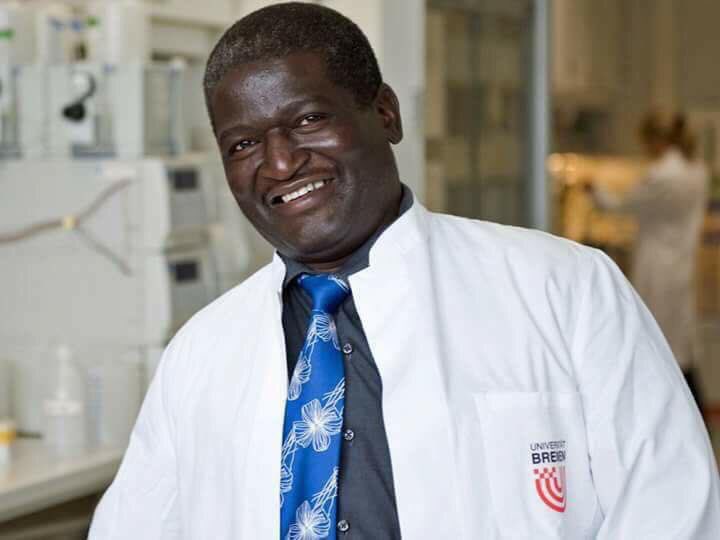 Nok, who before his appointment as education commissioner, was the Commissioner of Health and Human Services in the state, was born in Nok village in Jaba local government of Kaduna state on January 11, 1962.

He was a professor of Biochemistry at Ahmadu Bello University, Zaria before the cabinet appointments.

Governor Nasir El-Rufai led other cabinet members to his residence to commiserate with his family.

Governor Nasir @elrufai alongside other senior executive council members were among the early callers at the residence of Late Professor Jonathan Andrew Nok. Kaduna State has lost a great educationist and reformist. May his huge but gentle soul rest in peace ??❤️ pic.twitter.com/LbVXc3uSI8

A statement by the state government disclosed that Nok died in the early hours of Tuesday, November 21st in Kaduna.

El-Rufai described the Professor Nok as “one of the best this country has produced, and one of the most committed persons to have served Kaduna State”.

“The Kaduna State Government is saddened by the loss of Professor Jonathan Andrew Nok, our respected Commissioner for Education, Science and Technology. Professor Nok was a man of intellect, ability and deep conviction who will be sorely missed.

Governor Nasir El-Rufai has led members of the State Executive Council to visit and commiserate with the Nok family. In this moment of distress, thegovernment prays God to comfort his family and grant his gentle soul peaceful repose,” the statement said.

El-Rufai described Professor Nok as “a pillar of the cabinet, a man as distinguished in learning as he was a capable administrator, adept at getting things done and dedicated to the progress of the state.”

“Professor Nok was one of the best this country has produced, and one of the most committed persons to have served Kaduna State.He was steadfast, rigorous and very successful in implementing our project to improve Health and Education in the state. He will be sorely missed,” the governor added.

Professor Nok was appointed Commissioner for Health and Human Services in August 2015. In that office, he pushed the programme to equip 255 primary health centres with tools to save infants and pregnant women. Following a cabinet reshuffle, he moved to the Ministry of Education, Science and Technology in 2016. He has championed the renovation and rehabilitation of schools, the training of teachers and the provision of better learning aids.

The late commissioner was a professor of Biochemistry at the Ahmadu Bello University, Zaria. Acknowledged in the science community for his contributions, Professor Nok won the Alexander Humboldt prize in 2013 for his research into finding a cure for trypanosomiasis. In 2009, he won the NLNG prize for identifying the gene responsible for the enzyme which causes sleeping sickness (trypanosomiasis). The Federal Government of Nigeria also honoured him with the Nigerian National Order of Merit (NNOM).