Say Yes To These Zina Anumudu Inspired Looks - We Certainly Have!

When Chimamanda Ngozi Adichie launched her Wear Nigerian Project, the intention was not to dazzle her fans with through an Instagram account managed by her nieces. She wanted to support the different layers of the industry, from the button-sewer to the delivery person and hoped to bring other buyers to Nigerian brands.

From a wear what I like style mantra to dressing purposefully to promote made-in-Nigeria products, the renowned writer, and activist shares her style story self-titled “My Fashion Nationalism” with Financial Times.

Chimamanda explains how she wants to show Nigerian fashion as it is, not as a museum of “traditional African” clothes but a vibrant and diverse industry

My mother always dressed us well. Me in little girl dresses cinched at the waist, my brothers in suits and well-ironed shirts. To go out, she said, we had to di ka mmadu, which translates literally to look like a person. We spoke both Igbo and English at home, but she always said this in Igbo, the more poetic language, as though to validate with metaphor her belief in dressing well. There were frequent market visits to buy yards of fabric, trips to the tailor to be measured. But store-bought clothes — we called them ready-made — were the highlights, preferred partly because the sewing had no imperfections, and partly because tailors were cheap and ubiquitous, and so the less common became the more desirable. If my professor father traveled to Europe for a conference, I looked forward to dresses from abroad, and I loved them more fiercely for being foreign.

My much-older sisters, Ijeoma and Uche, were stylish figures, one in medical school and the other studying pharmacy, and I spent my teenage years wearing their hand-me-downs. I remember a silver-coloured skirt suit from the conservative Ijeoma, with an elegantly adult peplum. I wore it to church at 15. And from the more inventive Uche, a fitted dress in cream jersey, two sashes draped in front, from shoulder to hip, crossing at the middle. And black harem trousers, with ruching that gathered at my calves, so strange that my classmates giggled when I wore them to a friend’s birthday party. I loved those clothes, incongruous though they might have been. In them, I felt free of self-consciousness, comfortable enough to laugh along to the well-meaning puzzlement of my peers. 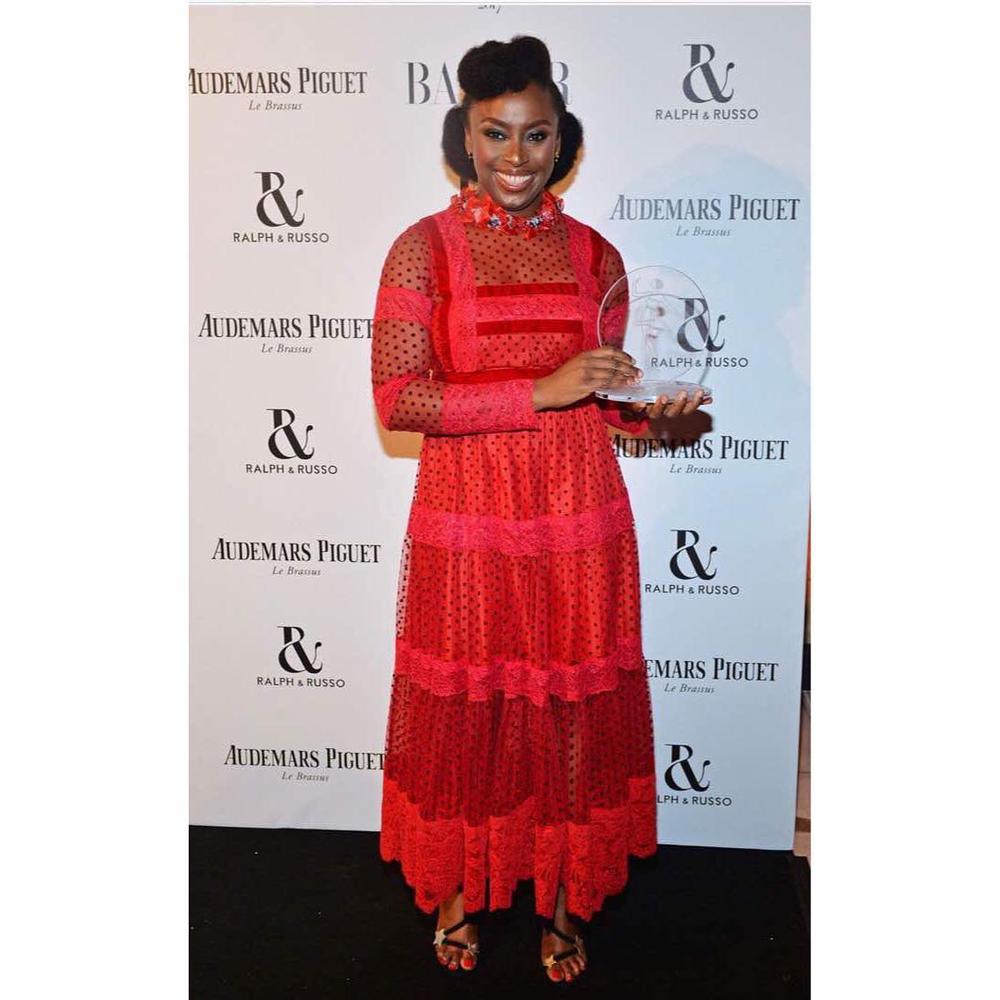 When I studied medicine for a year at the University of Nigeria, Nsukka I was voted Best Dressed Girl. A classmate said: “Congratulations, even though you wear some things that I don’t understand.” I laughed. Perhaps he meant the green crochet top and black bell-bottom trousers I had found in my mother’s old trunk from the 1960s. I was drawn to clothes that were slightly unusual, quietly quirky, as long as they never sank to the level of costume.

If I had a style mantra it was to wear what I liked. Yet when I moved to the US to attend college, I began to wear clothes I disliked. My fiction was getting published, I was keen to be taken seriously, and I had noticed the backward treatment of women in western culture: women interested in clothes or make-up were labeled frivolous, their intelligence became suspect, and they risked being easily dismissed in intellectual circles. So I wore what I imagined would make me look worthy of seriousness.
It took years, and success, before I began again to wear the clothes I truly wanted to wear. I gloried in buying ready-made clothing at American discount stores, and later when I could afford to, in department stores. I discovered online shopping. I browsed and ordered and returned.

But I soon grew disillusioned. It began with a longing for pockets. Why did so few women’s clothes have pockets, usable pockets that did not impinge on style? And why were so many dresses sleeveless? And where did adult women for whom attractive did not equal too tight shop? And why did the style of so many dresses assume the absence of non-flat breasts? When I found clothes I liked, I longed to tweak them. I began to resist some standard ideas and language of global — which is to say narrowly western — fashion. The depiction of bright colours as bold or daring, black as the unimpeachable hallmark of sophistication, and beige as neutral, for example, were based on a specific pale-skinned standard. For a dark-skinned person, blue might be a better black, brighter colours more ordinary than daring, and neutral negotiable. 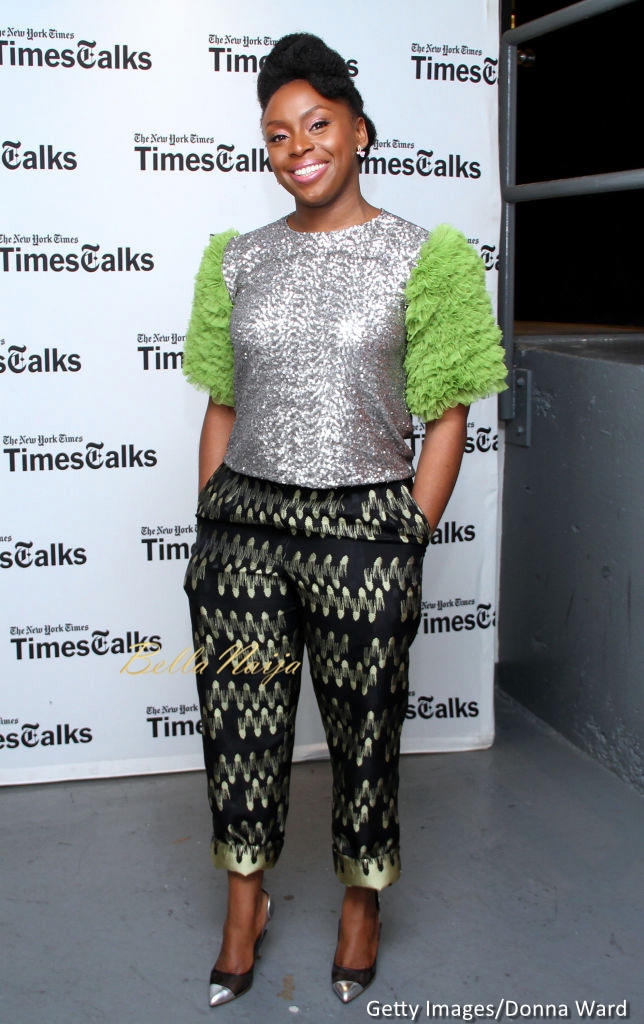 My greatest gripe was with the word “modest”, used to describe clothes for what they were not — short or body-baring — rather than for what they were. “Modest” brought a moral, frumpy taint to what was often an aesthetic choice. I loved midi lengths because I found them sexy, sleeves because they were more flattering, higher necklines for their air of confident chic. I designed my own clothes, and my tailor, Razak, made them in Lagos. Razak was talented and distracted and unreliable. He was also convinced that he was an undiscovered music star. It was 2016 and Nigeria’s economy was in chaos. President Buhari’s government had instituted a retrograde currency policy, the value of the naira plummeted, and suddenly everyone was talking about “buy Nigerian products to grow the naira”.

The political rhetoric gave me an idea: what if I wore only Nigerian designers to public events? I would be supporting the different layers of the industry, from the button-sewer to the delivery person, and I hoped to bring other buyers to Nigerian brands. Nigeria has always had a thriving fashion scene. I admired, early on, the seamless structures of Deola Sagoe, the unusual flair of Zizi Cardow, but they seemed unreachable. Now there was a new generation of designers, with a grassroots vigour and visibility made possible by social media. Most were in Lagos, the most stylish city in the world, where fashion is the one true democracy: from the western-label-loving elite class to the working poor in their beautifully put-together outfits bought second-hand. 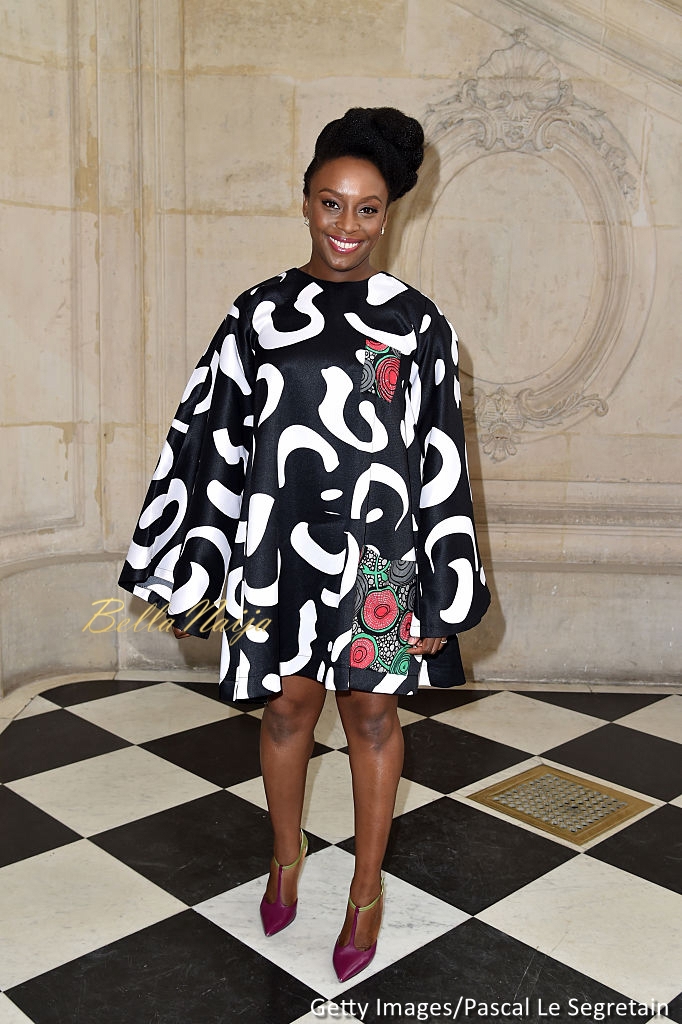 Looking at Nigerian designs online became my favourite time-waster. Here was bliss: clothes cut to account for breasts, an ethos of clothing as pleasure rather than status, the casual presence of sleeves. I took screenshots of what I liked. My cousin Ogechukwu placed the orders. They were delivered to my Lagos home. If I happened to be in the US, they would be sent to me there.

Some of the clothes I fell for as soon as I put them on. Others did not live up to their promise. There was an abundance of poor-quality zippers that needed changing. I discovered, above all else, that price is not an accurate gauge of quality and that there is far more talent than opportunity and infrastructure, a fact perhaps true of most industries in Nigeria. So far, my favourite brands are Fia Factory and Grey, the former beautifully offbeat, the latter timeless with deft touches of originality, both careful about fabric and finish. To a Dior fashion show in Paris, I wore a dress by Ladunni Lambo, a young designer who might well become a star because of her rare mix of consciousness and introspection. Her deconstructed dresses made from stiff aso-oke feel like exquisite armours. I thought I disliked sequins until I found a top by Wanger Ayu, with self-assured furry green sleeves and a silver-sequinned bodice. I wore it, with patterned trousers by Grey, to the New York Times’ “Times Talks” conversation series, and felt vainly pleased with the surprise of people who did not think the clothes were Nigerian. 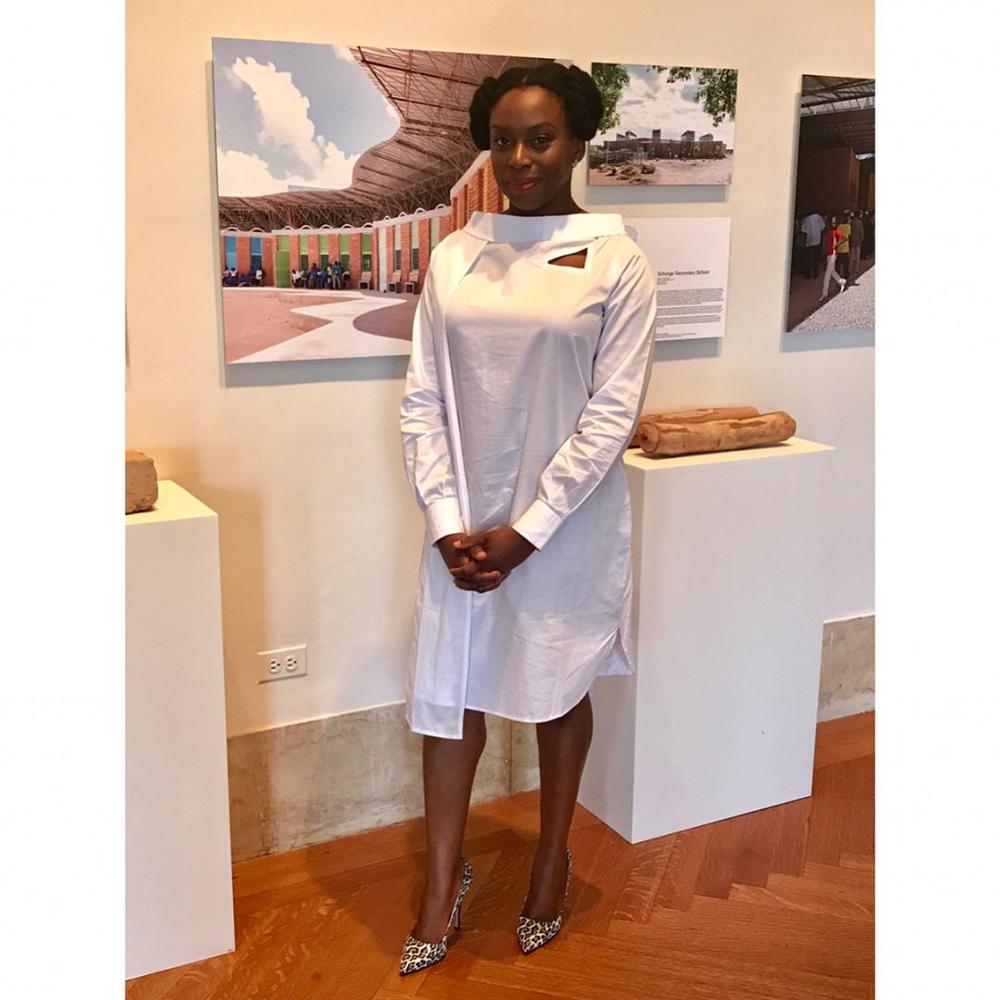 Chimamanda in She is Deluxe

But my best-loved purchase is a white dress from the improbably named label She’s Deluxe, owned by a young woman in Abuja. A modern long-sleeved cotton shift with a sly cut-out at the shoulder, which I wore to the American Academy of Arts and Letters induction in New York. I recently ordered another dress from her. “Pay a deposit so I can go to the market and buy the fabric,” she told my cousin, which I found an endearing example of Nigerian striving.

I decided to call it my Project Wear Nigerian and planned to have photos put up on my Facebook page, the only social media I have. But my 20-year-old twin nieces Chisom and Amaka, full of that terrifying millennial savoir-faire, laughed. “Aunty you should have an Instagram page,” Amaka said. “We’ll handle it for you.” They were unhappy with the first photos I took. Not bright or clear enough, they said. Their eyes are conditioned to the ersatz poses and stylised photos of social media, where people dress specifically to be photographed in well-lit spaces. Book events are not usually photo-friendly, too dark, too indifferent to optics. And it doesn’t help that I loathe being photographed. A camera before me results automatically in my being knotted with awkwardness: finger-twiddling, breath-holding, mouth-twisted, body off-kilter.

Now, six months later, my nieces have made peace with the photos not being Instagram-perfect. “At least they’re real,” they said, as scant consolation. We have a routine: I have pictures taken at my events and I send them to my best friend Uju, my cousin Ogechukwu and my nieces. They make the selection, as I am known to have terrible taste in my own photos, and the photo is put up, with the brands’ Instagram handles.

I have practical hopes for my project, that it shows Nigerian fashion as it is, not a museum of “traditional African” clothes but a vibrant and diverse industry, and that it brings recognition to the brands. But it is also a personal and political statement. At a time of political uncertainty, when I find myself questioning the future of the two countries I call home — Nigeria and the US — this project is an act of benign nationalism, a paean to peaceful self-sufficiency, a gesture towards what is still possible; it is my uncomplicated act for complicated times.