Donald Trump says US will recognize Jerusalem as Israel's Capital 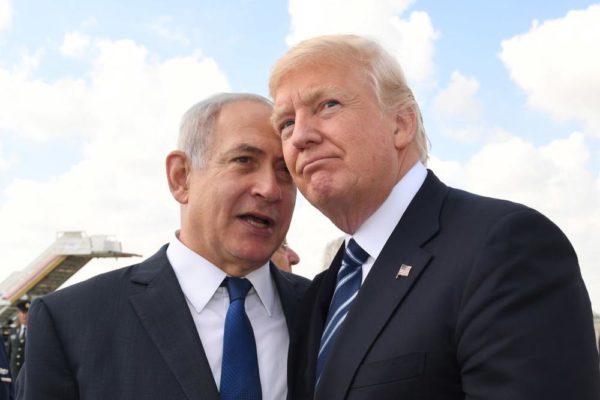 US President Donald Trump has announced that the US will officially recognize Jerusalem as the capital of the Israel.

Trump, while making the announcement at a ceremony at the White House, said his decision marked “the beginning of a new approach to conflict between Israel and the Palestinians”.

He recalled that in 1995, Congress adopted the Jerusalem Embassy Act, urging “the federal government to relocate the American embassy to Jerusalem and to recognise that city – and so importantly – is Israel’s capital”.

“This act passed Congress by an overwhelming bipartisan majority and was reaffirmed by a unanimous vote of the Senate only six months ago,” he said.

“Presidents issued these waivers under the belief that delaying the recognition of Jerusalem would advance the cause of peace.

“Some say they lacked courage, but they made their best judgments based on facts as they understood them at the time. Nevertheless, the record is in.

“After more than two decades of waivers, we are no closer to a lasting peace agreement between Israel and the Palestinians.

“It would be folly to assume that repeating the exact same formula would now produce a different or better result.

“Therefore, I have determined that it is time to officially recognise Jerusalem as the capital of Israel,” he said

He regretted that for over 20 years, every previous American president had exercised the law’s waiver, refusing to move the US embassy to Jerusalem or to recognize Jerusalem as Israel’s capital city.

Trump berated previous presidents who had made recognizing Jerusalem as Israeli capital a major campaign promise but failed to deliver declaring: “Today, I am delivering”.

He directed the State Department to begin preparation to move the American embassy from Tel Aviv to Jerusalem.

“This will immediately begin the process of hiring architects, engineers, and planners, so that a new embassy, when completed, will be a magnificent tribute to peace,” he said.

According to him, however, the decision is not intended, in any way, to reflect a departure from “our strong commitment to facilitate a lasting peace agreement”.

Trump pledged that the US remained deeply committed to helping facilitate a peace agreement that is acceptable to both sides adding, “I intend to do everything in my power to help forge such an agreement”.

Related Topics:Donald TrumpIsraelJerusalemPalestineUnited States
Up Next