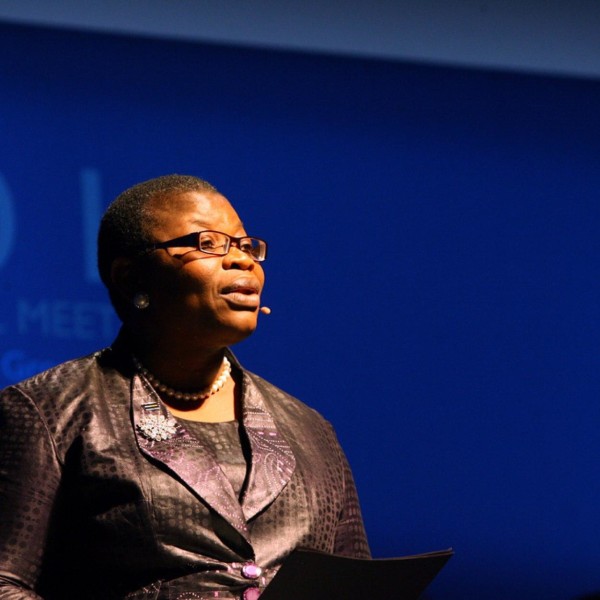 It’s not news that fuel scarcity has been biting hard on Nigerians in the last couple of days. What’s sadder is that this fuel scarcity occurs annually, around this time.

Many Nigerians have called for full deregulation of the sector and one of such is former minister of education and vice president (Africa desk) of World Bank Oby Ezekwesili.

In a series of tweets, Ezekwesili called on the federal government and President Muhammadu Buhari to “fix that (petroleum) sector now,” and “end the poor governance & suffering.” 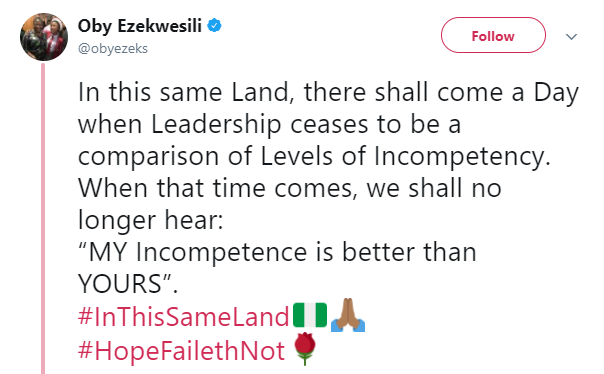 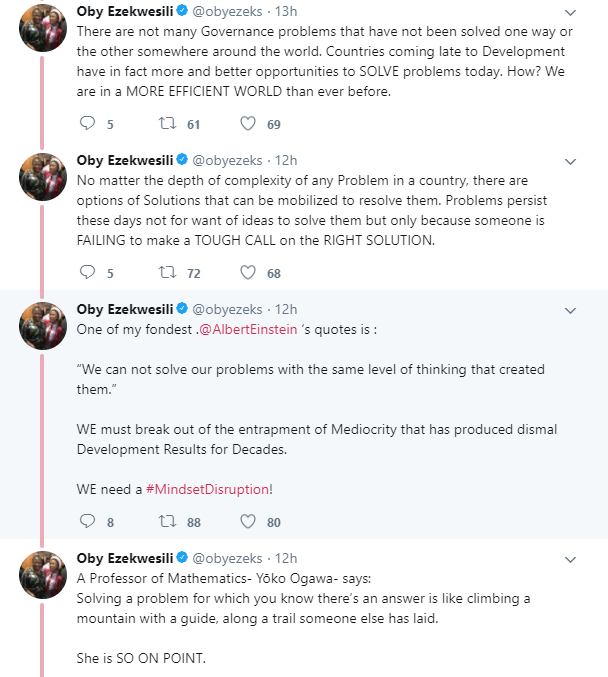 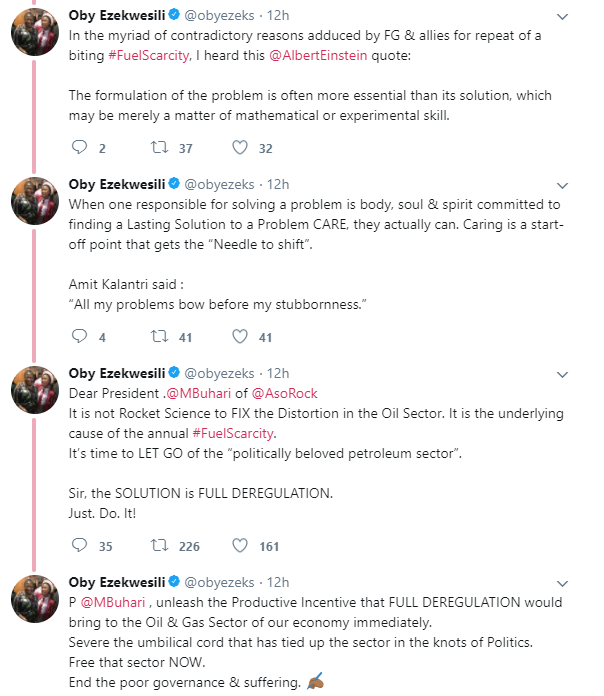