"I would love to get married soon" - Small Doctor 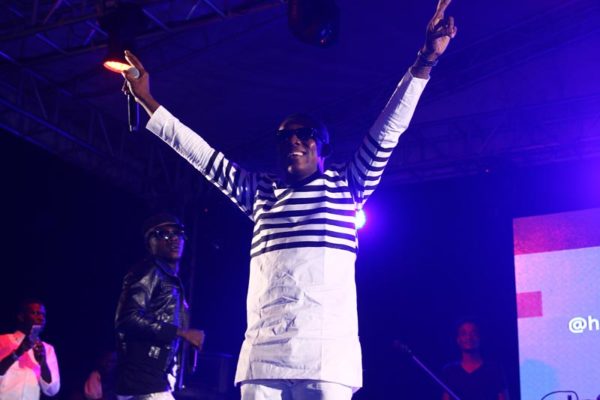 “Penalty” singer Small Doctor has in an interview with Punch revealed that he would like to get married soon.

Small Doctor, who was the best man at Oritsefemi‘s wedding, said he doesn’t think he has enough money to get married. He said:

I don’t think I have enough money to get married but it would come at the perfect time.

Definitely, I would love to get married soon and when it happens, it would be all over town that Small Doctor is getting married.

When it is time, the world would know. Anytime from now, the miracle would happen and I would get married

The singer also addressed rumors that he was once incarcerated.

He’s never been a prisoner, he said, and the rumors arose after him and a friend Lamboginny decided to perform in a prison. He said:

It is true that I was a bus conductor and a commercial motorcyclist. I also hawked sachet water but I thank God for the gift of life now because I am one of the most sought-after artistes at the moment.

I just feel that there is no limitation to what anybody can achieve in life. Those locked up in prisons are human beings too and that is not the end of their lives, so I decided to reach out to them. Also, my colleague, Lamboginny, reached out to me and said he wished we should go to the prison and perform for them, so I gladly agreed.

I have never been a prisoner and I laughed when I learnt that people thought I was once an inmate because of this gesture. I just feel we should always put a smile on the faces of other people regardless of any situation they are facing in life.

Related Topics:LamboginnyOritsefemiPenaltySmall Doctor
Up Next