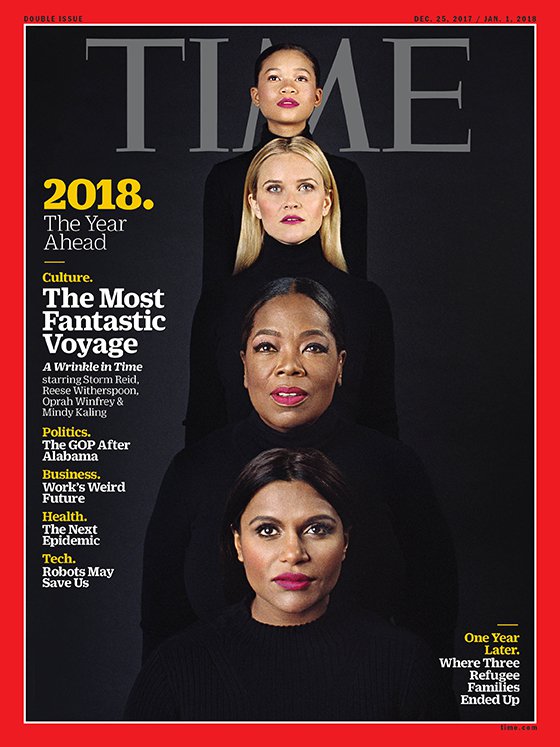 The stars of Disney’s new film A Wrinkle in Time, directed by Ava DuVernay,  Oprah Winfrey, Reese Witherspoon, Mindy Kaling, and newcomer Storm Reid are on the cover of Time Magazne’s latest issue.

Incase you missed it, click here to watch the trailer.

Here’s what the cast had to share with the magazine:

Ava on choosing Mindy Kaling, Oprah Winfrey and Reese Witherspoon to play Mrs. Who, Mrs. Which and Mrs. Whatsit, respectively: I wanted the three Mrs. to be black, white and someone who wasn’t either, as well as different sizes, faiths and ages. I wasn’t just casting for actresses. I was casting for leaders—icons.

Reese is the hottest producer in town. Oprah’s the most prolific, venerable legend of television and an artist and entrepreneur. And Mindy’s one of the few women running a show with her name, about her. When I think about the three of them together as a unit of celestial beings, it feels right. 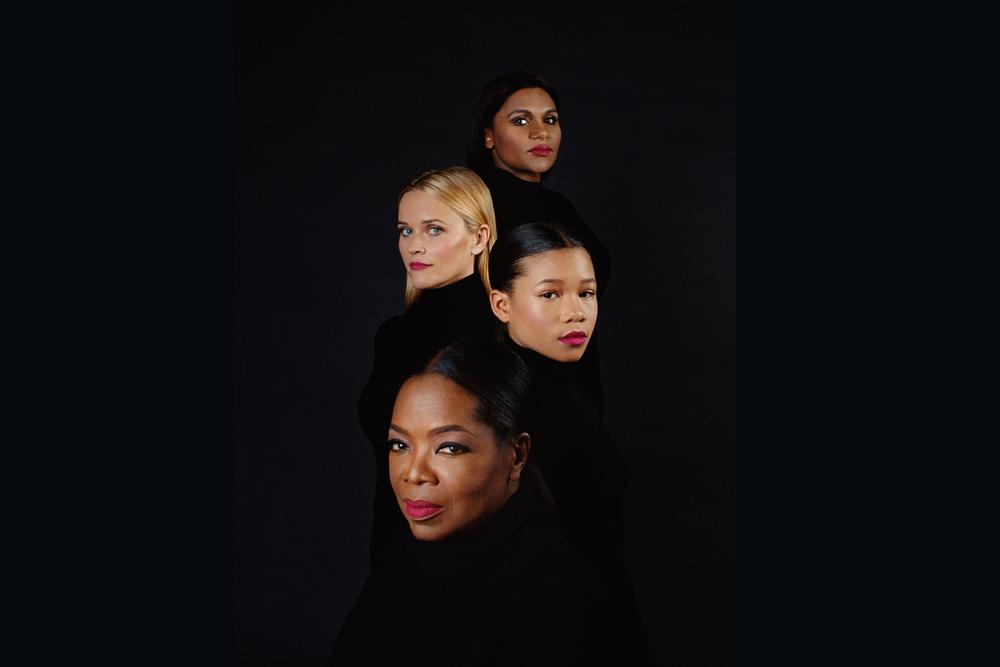 Oprah on making the movie: I felt like we were making the new Wizard of Oz for another generation.

Reese on director Ava DuVernay wanting a diverse cast: I’ve never seen somebody demand inclusiveness like that. It’s just a different perspective, and you don’t get that unless we start to have powerful filmmakers of different colors, different genders. You’re just gonna have the same 20 dudes making the same 20 movies over and over and over again.

Storm on why she wanted to be in this movie: Before I got this role, I wanted there to be more little girls that look like me on TV and in lead roles.

For more from the interview visit Time.com.