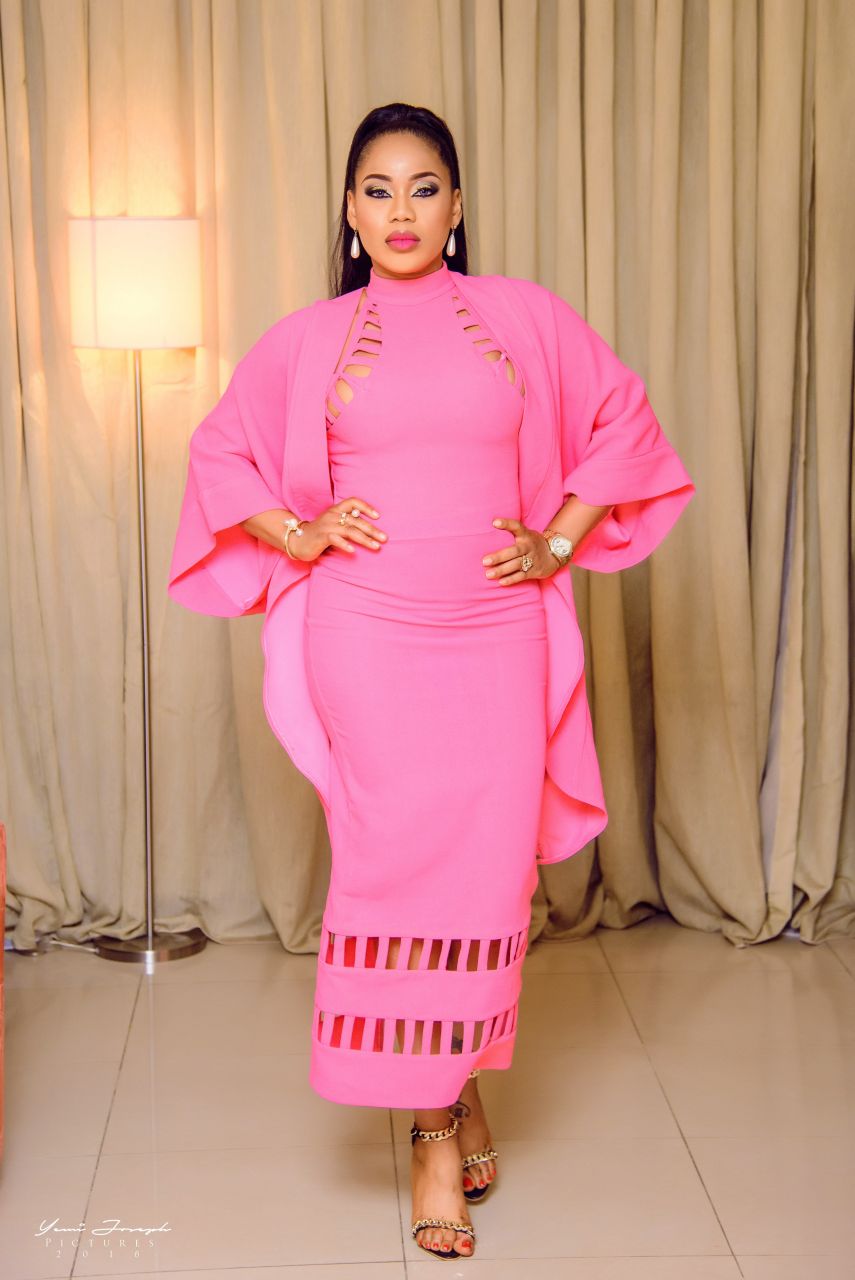 Toyin Lawani has released an official statement, via her media team, concerning the back and forth between her and social media sensation, Idris Okuneye, popularly known as Bobrisky.

The pair have been in an online spat for some time now, from Toyin referring to Bobrisky as a riff raff to him saying his arrest was issued by her, allegedly.

Read her official statement below:

Speaking on her first encounter with Bobrisky, Toyin Lawani says:

Bobrisky came to Tiannah’s Empire as a customer sometime in 2015 and pleaded with my attendants that he wanted to meet me as he needed some remedy for his bad skin.  After administering treatment on the skin and was cured of his skin irritations, he testified that people would not stop asking about where and how he got his skin treated. He then told me he was a student at University of Lagos (UNILAG) and would love to market Tiannah’s Glow natural products. As he was a living testimony, I began by giving him some of the products and allowed him earn 40 percent on the products he sold. I also recommended a full body polish via Tiannah’s spa which helped to treat his skin infections and cleared his dark knuckles. I also advised him on how to take care of his body odour as my clients started complaining and would usually have to spray air fresheners every time he stepped into the fashion floor at the Empire. He took offence that I advised him about his body odour but the truth was that it was really bad and caused us a lot of embarrassment at some events including a top society wedding he forced himself to attend with me.

He worked with me for only about two months but even in that time period, he caused a lot of harm than good… He was also manipulative and was always trying to cause problems between me and my staff or friends. On one occasion, we went out together and there were complaints about his appearance which I told him about. I subsequently received a text message from an unknown number expressing admiration for Idris and his eyelashes, also asking me to introduce them. I suspected he sent the message because he spelt ‘lashes’ as ‘latches’ having seen him make the same mistake several times publicly so I confronted him. He initially denied it but subsequently admitted and apologised following which I banned him from entering my Empire again. At that point, I realised I needed to put him at arm’s length. It also coincided with the time a lady came to my store to allege that Idris claimed to be the one mixing my beauty products for me. It was a ridiculous claim because my mother started the business over twenty (20) years ago and it has grown beyond the phase of mixing products with hands. We have machines doing all of that in our factory.

Concerning claims made by Bobrisky that Toyin Lawanii allgedly swindled him of the sum of N250,000 she said:

He was owing my company almost N200,000 around the time after repeatedly buying clothes on credit and I informed him that I would use the money he paid towards the purchase of the speakers as his balance which would leave him with a balance of N65,000 and I gave him a cheque for that amount.

Few days after I issued him a warning, Idris came to Tiannah’s Empire with a black polythene bag and the security guards prevented his entry. I went downstairs to ask what he wanted and he said he had come to apologise for his misdeeds. He handed me the polythene bag and when I opened it, I saw white clothes and a guinea fowl inside. I threw the bag on the floor and asked one of my employees, Dayo, to burn it while also warning Idris to never again visit me with such gifts.

I collapsed the next day and started bleeding heavily following which I was rushed to Ave Maria Hospital. I was informed the incident was linked to pre-existing concerns with fibroid but I believe it was caused by the diabolical items Idris brought as a supposed gift. I had a surgery and remained in the hospital for two months before I was discharged. As soon as I returned to work, Idris showed up at the Empire, saying he heard I was ill but that he came for cash as the bank did not pay him because they could not reach me to confirm the cheque while I was hospitalized. I took the cheque from him and gave him cash then bid him bye.

On Bobrisky saying he paid N26,000 for Toyin’s meal she said

I reached out to Idris to reprimand him but he only responded with threats. I initially dismissed the threats but I had to eventually report to the police when I noticed strange cars trailing my kids and I on different occasions. He has also been trying to pull down my brand, sending messages to my clients that I sell substandard materials to them or that I intend to have affairs with their spouses. He also falsely claimed that I was not paying my staff, of which I have almost 100 members of staff working for me, who I also support in many ways such as sending their kids to school and starting businesses for them. None of my workers can honestly claim I owe them salaries, so I really had no choice but to report Idris to the police.

Trailer for Tomisin Adepeju’s Short Film “The Right Choice” is a Must Watch!