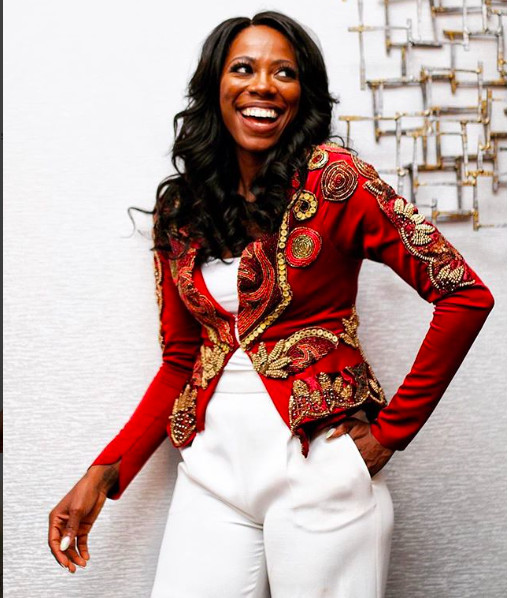 Yvonne Orji, who once could not afford $6 to buy herself a slice of pizza, is now touring alongside Chris Rock on the “Total Blackout Tour.”

Orji, in a profile by the New York Times, among other things, discussed her grass to grace story.

She shared the story of how she lived in the basement of a woman she met while she was in Liberia working for a global health organization fighting teen pregnancy and HIV. She had completed a master’s degree in public health at George Washington University in 2008, one year before travelling to Liberia.

She left her restaurant job with some savings to travel to New York as well as pay for an acting class. She didn’t know where to stay, but while she was in the bus, on her way to the city, she called the only person she knew in New York – the woman she’d met in Liberia. “She was like, ‘Oh, where are you staying?’ ‘Funny you should ask. I don’t know, but I’ve got two hours to figure it out,’” Orji said.

“I’m hungry and I cannot afford a slice of pizza,” she added. “I have two degrees, and Sallie Mae is still calling. I did not plan this right. And in that moment, I heard the Holy Spirit calling me,” she said, adding that she decided to write down everything she was hearing. “It was lofty. God gave me a dream.”

Her big break came with her role as Molly Carter in HBO’s hit series “Insecure,” where she stars as a confident lawyer with a messy love life.

Being able to afford things is a running joke of hers on the tour. “Auto-pay is not for convenience, it’s for the gainfully employed,” she said.

She talked about how her roommate, who used to be a production assistant, would call her if there was extra food on set, and she’d drive down so she wouldn’t spend money on lunch or dinner. Now, rent is paid in advance, she jokes. “Rent’s due? ‘I put it in your Venmo already.’ We’re paying ahead of time. It’s direct deposit now.”

It’s old news that Orji has decided to stay celibate until marriage. What’s new though, but definitely familiar, is her parents insisting they want grandchildren from her before they die.

She’ll get random phonecalls from men, she said, who claim her mother gave them her number. She said:

There’s random people calling my phone, ‘Your mother gave me your number.’ My mother has tried to set me up so many times long-distance.

Thing is, Yvonne Orji is trying to focus on her career. She told New York Times she ended her last relationship 2 years ago, saying:

To not have the wherewithal to give fully to a relationship bothered me.

His birthday would come around and I would say, ‘I made you a card. I hope you like it. It has macaroni on it. I went to Trader Joe’s, that’s dinner.’

Her parents, though, are not afraid to make their desires clear. She said:

They’re like, ‘We just want grandchildren before we die.’

Read the full profile on the New York Times.