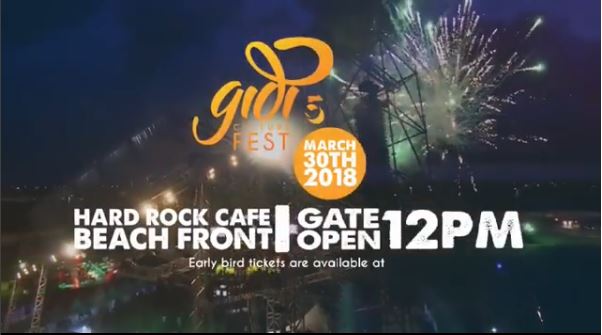 The 5th annual Gidi Culture Festival, popularly known as Gidi Fest, is set to hold at the Hard Rock Café Lagos beach front, on the 30 of March.

After an exciting three years growing Gidi Fest at Eko Atlantic, Gidi Fest is moving to a new home, bringing new changes, additions and creating a theme that celebrates the African youth, all to bring another unforgettable festival experience to Lagos.

This year, Gidi Fest introduces the Gidi Tribe. An evolution of the identity that has found a home in Gidi Fest. The Tribe represents the new African generation that refuses to be defeated or defined by their circumstances. It’s an emergence of young, determined individuals coming together to break down boundaries, who refuse to take no for an answer and rewrite the status quo.

” Gidi is the Tribe, the Tribe is Gidi”