#BringBackOurGirls: Oby Ezekwesili reveals she has been Detained by Nigerian Police in Abuja

Oby Ezekwesili, former Minister of Education and Co-Convener of the Bring Back our Girls (BBOG) movement, has been arrested by the Nigeria Police Force.

Ezekwesili, in a series of posts on her Twitter, revealed that she was detained at the Unity Fountain, then at the FCT command.

She and other members of the BBOG movement have been arrested, she wrote, and the police have refused t explain why they have been detained.

See her tweets and photos from Unity Fountain below: 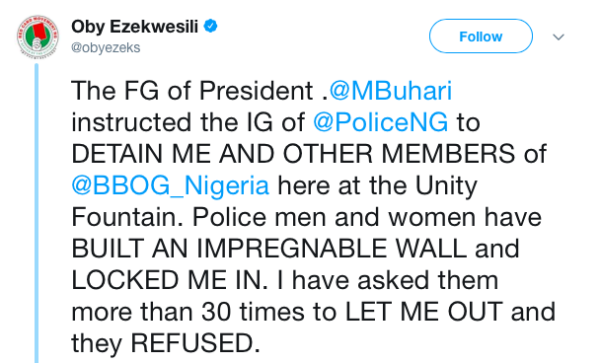 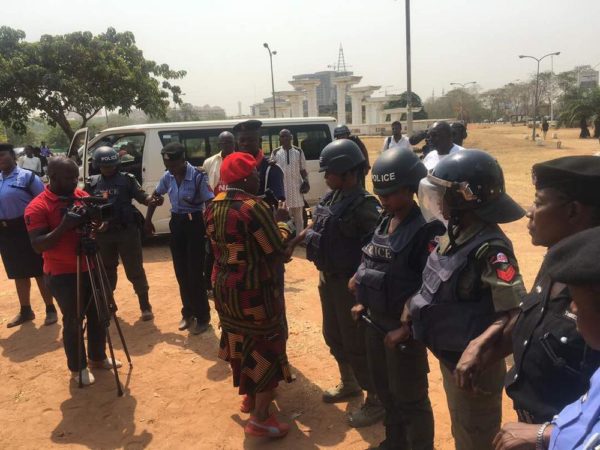 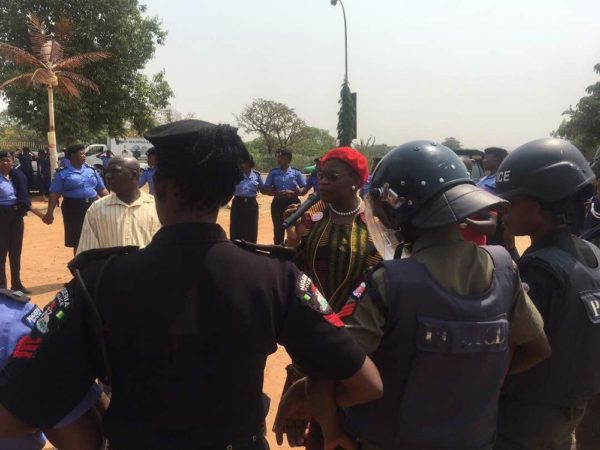