"This government must admit it has failed" - Cardinal Okogie 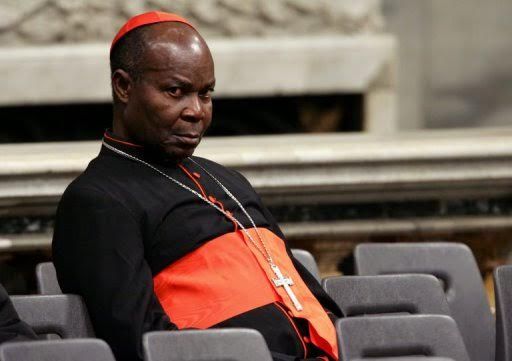 Cardinal Olubunmi Okogie, former Archbishop of the Catholic Church in Lagos, has asked that the President Muhammadu Buhari-led administration admits its failure, The Cable reports.

Okogie complained, saying that the issue is bigger than getting reelected. Nigerians are unhappy, he said, they are hungry and angry. He said:

The issue at hand is more serious than getting re-elected.  It cannot be resolved by way of a facile intra-party reconciliation.  Before it can succeed, this government must admit it has failed.  Before it can retrace its steps, this government must admit that it has strayed from the path of keeping the promises it made, promises that made Nigerians to vote as they did in 2015.

Apart from seeking intra-party reconciliation, this government must first reconcile with Nigerians by treating them with respect.

He also criticised what he said is the administration’s attitude of seeing as an enemy, anyone who raises doubts at to the rightness of the government’s policies and actions.

Yahaya Bello was also mentioned, for taunting catholic bishops who visited the President and told him his goodwill among the populace had depleted. Okogie said:

The bishops did the same thing a few days ago, calling the attention of the president to the anger and disappointment in the land. At the end of their friendly exchange with the president, some of his aides and friends resorted to name calling and gratuitous accusations.

But an uninformed state governor, notorious for being insolent, described the bishop’s intervention as the wailing of religious leaders who no longer have access to tithes because of this government’s anti-corruption fight.

By insulting well-meaning Nigerians who happen to disagree with policies of government, they are not winning friends for the president.  They are in fact helping to grow the rank and file of the angry.  Whoever loves this President would want him to succeed.  Whoever wants him to succeed must tell him the truth.  For if he fails, Nigeria fails.

Ice Prince, Falz, 2Baba turn up with M.I in Celebration of “Rendezvous” Playlist