Governors, Obasanjo, Jonathan to meet with Buhari over Insecurity 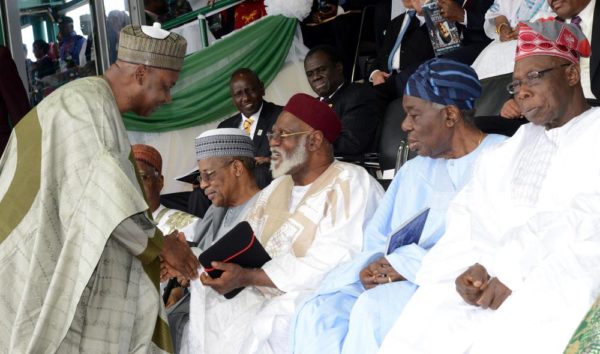 Former presidents and all 36 state governors are expected to meet with President Muhammadu Buhari over the state of insecurity in the country, Punch reports.

The president is expected to preside over the meeting of the Council of State, which includes all former living presidents and Heads of Governments, and governors of all the states in the country.

This is the third time President Buhari will be holding a meeting with the council since he was voted president in 2015.

The meeting is expected to cover several issues, including the herdsmen killings around the country.

Besides the former leaders of the country and state governors, the council also includes Vice President Yemi Osinbajo, Senate President Bukola Saraki, Speaker of the House of Representatives Yakubu Dogara, Attorney General of the Federation Abubakar Malami, and all former AGFs of the country.

The Valentine Season is not Over! Enjoy these Amazing Packages from Diamond Bank