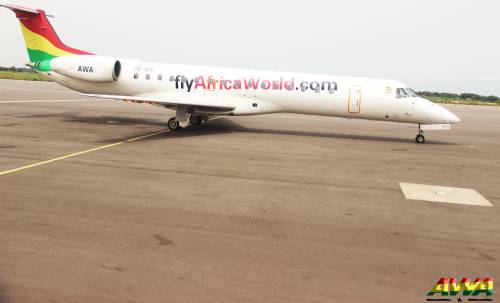 The robbing of planes due for takeoff right on the runway has seen a recent increase, the AfricaWorld plane being the latest.

The robbers had reportedly tore up the cargo hold bag holders after opening the cargo door, and tried to steal bags belonging to passengers.

The pilot, aware of what was happening, sprayed hot gas on the robbers, scaring them away.

The plane had to spend two additional hours on the ground after police anti-bomb squads came in to inspect it.

The passengers on board were also required to undergo a luggage identification process before the plane finally departed for its destination in Ghana.