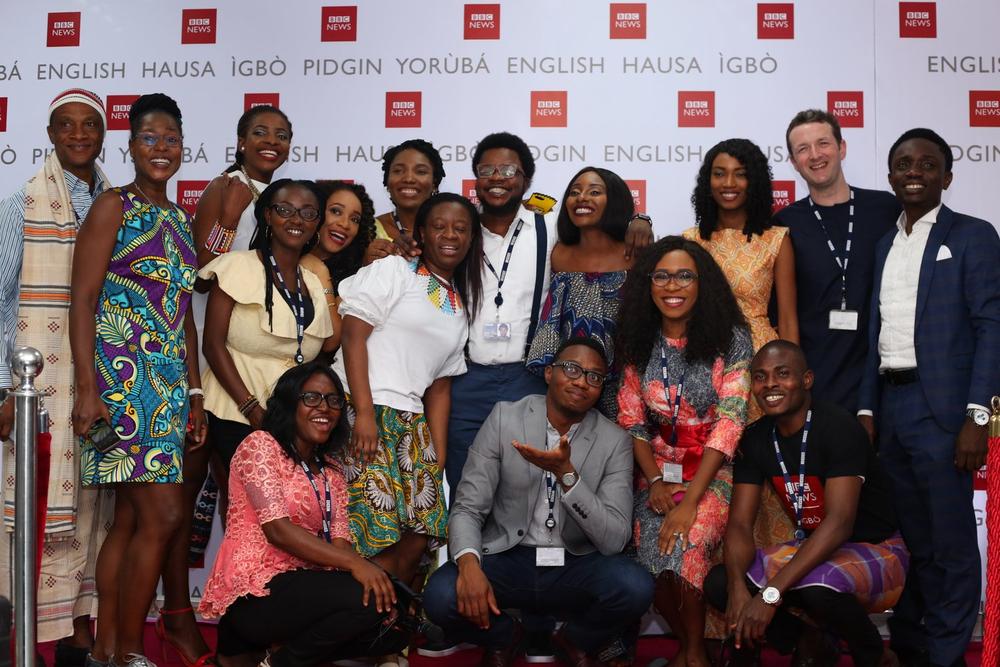 The BBC today officially opened its new bureau in Lagos, home to three new services in Igbo, Pidgin, and Yoruba.

BBC News is now available in five languages across Nigeria (Igbo, Pidgin, Yoruba, Hausa and English), as part of the biggest expansion of the BBC World Service since the 1940s.

The BBC is also set to launch a mentorship and internship scheme for the next generation of West African journalists, Jamie Angus, Director of the BBC World Service, announced at the launch event for the bureau.

It’s wonderful to be here to open this bureau, which will be the headquarters for our operation across West Africa. It will be a beacon for our journalism and as such I am delighted to announce our mentorship and internship scheme for up-and-coming journalists.

This is part of BBC’s contribution to the growth of the media’s best practices and professionalism in Nigeria, and the fight against ‘Fake News’ – and we’ll benefit from the young journalists’ insight into West Africa.

The World Service delivers accurate, impartial and independent news to all countries. We spot the stories, see the patterns and make sense of your world. We promise to remain your most trusted source of news in the years to come.

The bureau is led by the BBC’s Head of West Africa, Oluwatoyosi Ogunseye. She said

It’s a great honour to be part of this expansion and I’m so proud to be leading the teams in Nigeria. We will bring on original journalism that impacts the lives of Nigerians at home and abroad. We are expanding our editorial offer to cover politics, culture, business, health, investigations, among others.

We will focus more on young people and women, ensuring that we cover Nigeria and the whole of West Africa like never before. We’ll remain true to our ideals and values of objectivity, truth and impartiality.

BBC News in Igbo, Pidgin, and Yoruba reports on stories affecting the lives of audiences across the region, and is available online and on social media. There is also a 60-second audio round-up, BBC Minute, twice daily.

The BBC is also joining forces with Channels Television on Connect Africa, a new weekly half hour programme in English which will launch later this year. This will be a live current affairs show focusing on the stories behind the news, with audience interaction via social media and from a studio audience.

The BBC is launching more new TV programming for Africa later this year in English, Hausa, French and Swahili, and some of the TV teams will join the Lagos bureau. This will include programmes about sports, business, and entertainment, satire, a women’s programme, a programme for 10-16 year olds, and investigative documentaries.

This will offer other local independent producers the chance to be involved in co-productions and BBC commissions.

The BBC’s international news currently has an audience of 36m in Nigeria, the largest of any country.