Which Evicted Housemate are you Voting to Return to the #BBNaija House? 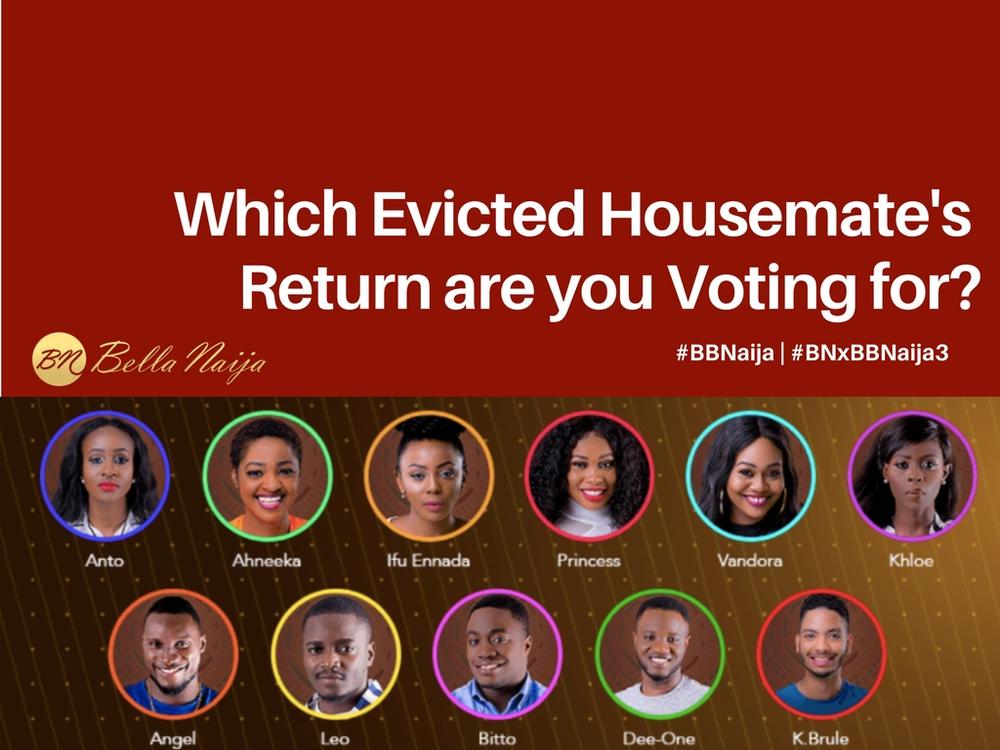 Yesterday during the live eviction show, Big Brother revealed that there will be no evictions this coming Sunday. Instead, viewers will get to VOTE BACK two housemates from this season who have previously been evicted.

That means Angel, Ahneeka, Anto, Vandora, Princess, DeeOne, Bitto, Leo, Ifu, Khloe and K-Brule have the chance of being voted back into the game to compete for the grand prize of 45 Million Naira.

So with this in mind, which evicted housemate’s return are you voting for?