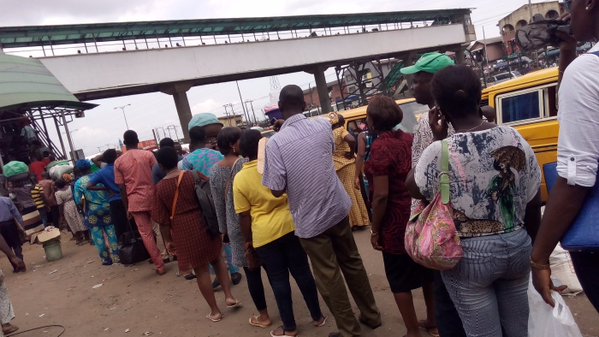 People have been reported dead after Hausa and Yoruba youths clashed in the Ojota area of Lagos, Punch reports.

The fight had reportedly began after a disagreement between a Hausa man and a Yoruba man.

The disagreement was reportedly settled by some area boys in Ojota.

Things had however escalated after the Hausa man later attacked the Yoruba man, despite the resolution. This had angered the area boys, who avenged the beating.

After the clash escalated, policemen arrived the scene to quell the conflict.

An eyewitness in the area, a bus driver who gave his name as Wale Ajayi, told Punch that he learned people were killed. He said:

There was a misunderstanding yesterday (Thursday) between Yoruba and Hausa youths. The Hausa guy reported him to some area boys in the area and they settled the issue.
Afterwards, he went to attack the Yoruba man and beat him up. That made the area boys to be angry. They attacked the Hausa man and the clash started. Traders had to vacate the area and many Hausa people had been chased away.
I learnt some people were killed, but I am not sure of the number yet. Police have been trying to restore normalcy.