Man allegedly stabbed and raped by Girlfriend and School does Nothing

@saintava has shared on his Twitter the story of his friend allegedly stabbed, beaten and raped by his ex-girlfriend.

The guy and his ex-girlfriend both attend Cornell University, and the guy has on different occasions reported the abuse to the school.

The school has however done nothing.

The alleged victim, narrating his abuse, wrote about suffering beating, a knife cut, and sexual assault at the hands of his ex-girlfriend.

The girl is still stalking him, he wrote, and caused a gas leak in his room.

She has also filed fake harassment charges against him which was dismissed after the police found no evidence to support her claims.

See the full story below: 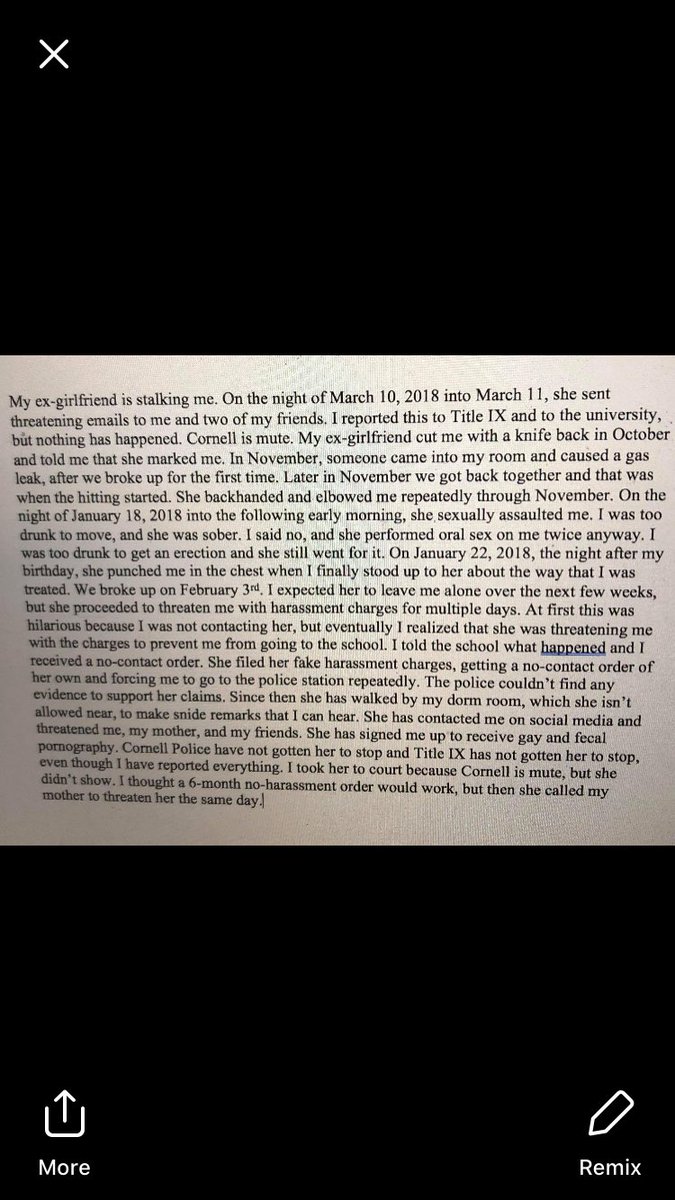 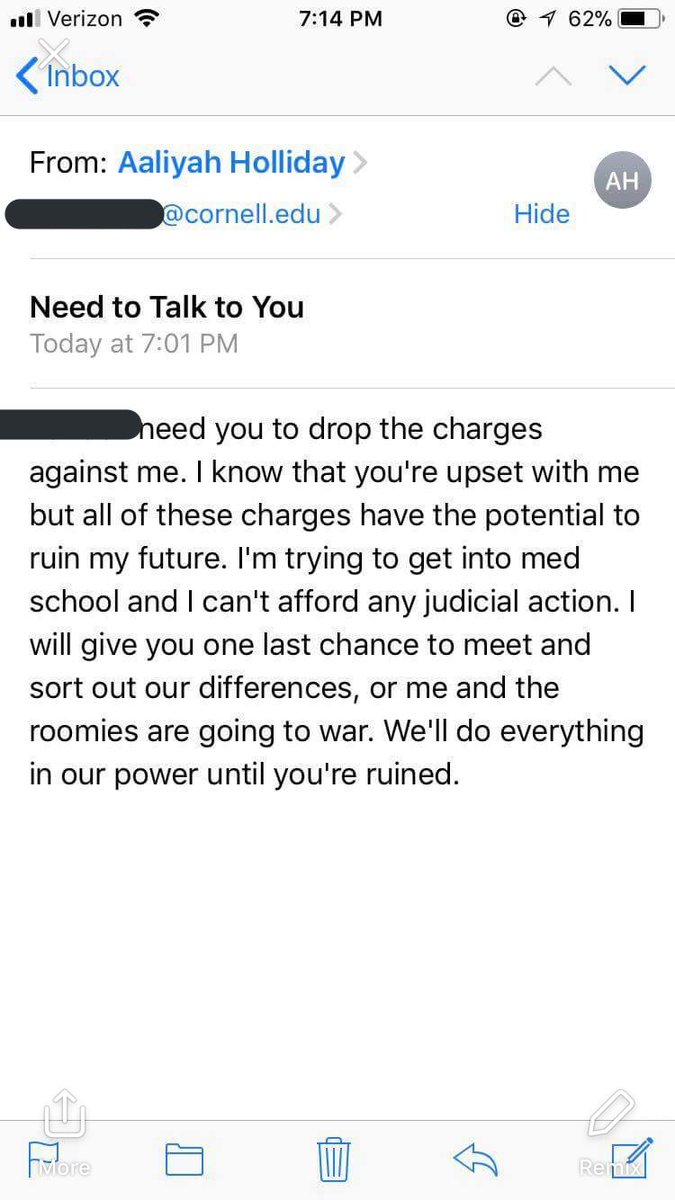