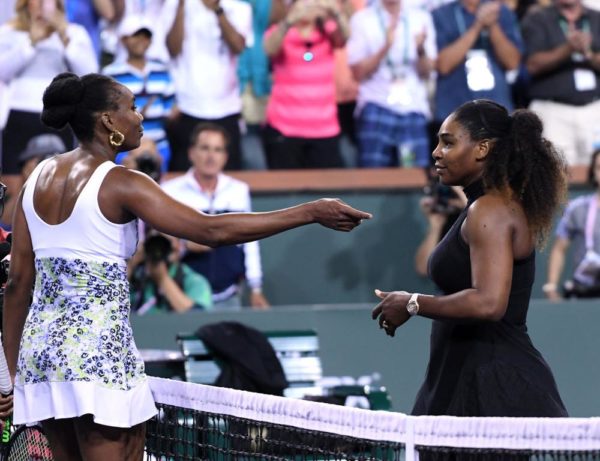 It was victory for Venus Williams in her 29th match against sister Serena Williams in the BNP Paribas Open.

Venus had won just 1 of the pair’s last 9 matches, making this 3rd round match 2nd in 10th.

This is the earliest the pair will meet in a tournament since their 2nd round match in the 1998 Australian Open.

Serena, who had been in just three professional matches after their last meeting at the 2017 Australian Open, coming back from her long pregnancy break, said:

I haven’t played in over a year.

[Losing]’s definitely not less disappointing. I wish it were, but it’s not. But then again, I wish it wasn’t. Then I wouldn’t be who I am.

So I just have a long way to go, and I’m looking forward to the journey.

Venus, speaking after the match, said it was difficult for her to close the match as Serena’s level was super high. She said:

[Serena’s] level is super high and it was very difficult to close out the match, just getting one ball back.

Venus will meet Anastasija Sevastova in the fourth round.