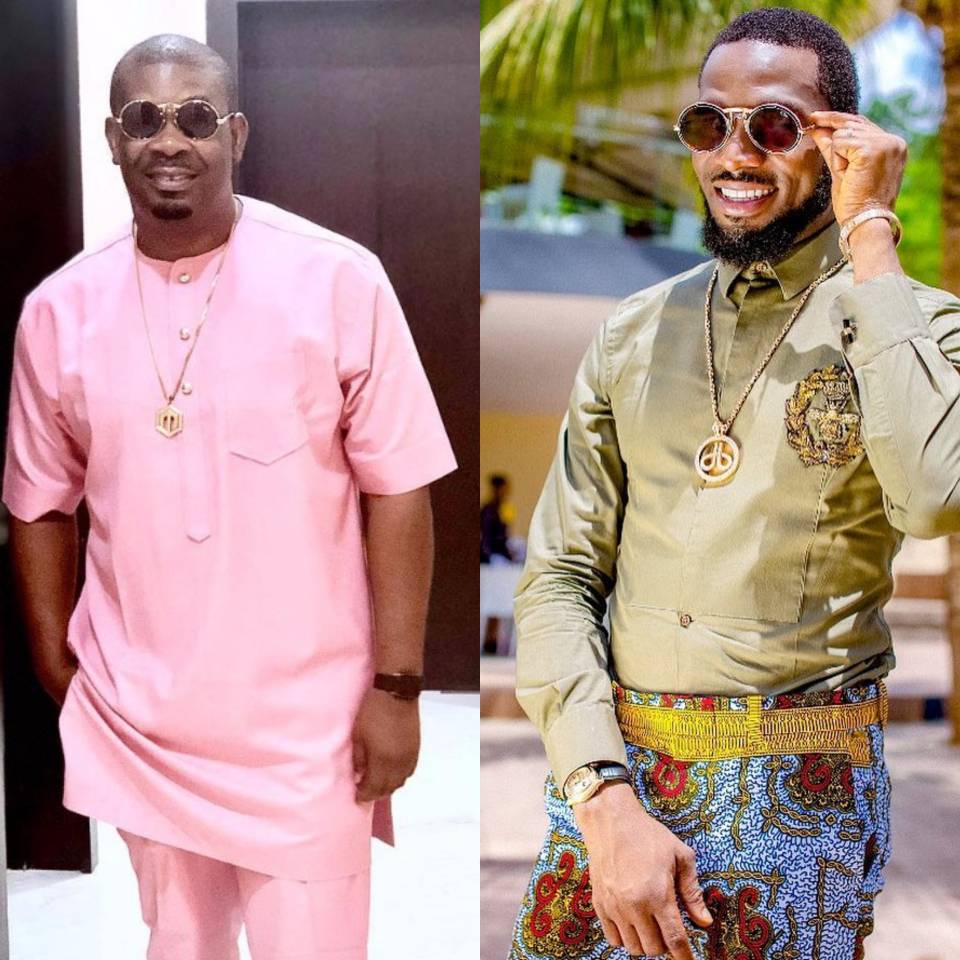 Musician Jahbless in a lengthy post on Instagram said he missed Don Jazzy and D’banj together, adding that there must be chemistry between the musician and his producer, hence why the duo were very successful.

He also cited 9ice and producer Id Cabasa, Young Jonn and Olamide, Wizkid and Lengendary Beatz as perfect examples of how music can be wonderfully created with the right team.

I miss @iambangalee & @donJazzy together on a song, d’banj had some good songs after the break down , but obviously it wasnt “Don Jazzy Again!”, those two guys shared great chemistry in the studio and you can tell on every song they had. @idcabasa & @9iceofficial best combo of the century “Gangan Aso Album”, Sosick and the late Dagrin (R.I.P) “CEO Album”.Recently i read an article on Drake where he said loosing Noah “40” Shebib is the biggest fear of his life cos “40” has multiple sclerosis which might take him away anytime. @youngjohn & @baddosneh, @wizkidayo & duo @legendarybeatz and list goes on. So ask yourself , who is your producer?
U need to understand ur sound. Musicians who don’t know their “sound” often create studio albums that take on their producer’s sound. It’s not your producer’s album. It’s yours! Be confident in your music and your style.
My first point and the second one goes hand-in-hand. Being with a good producer gives you the opportunity to create a piece of art that explores the various personalities in you. Even if your music is rap, a good producer gives you the flexibility of making a multi-genre project. Some songs may end up being more Highlife or pop, so a producer helps you discover the possibilities while still helping your project maintain its “YOU” element

Incredibly important! Just because someone is good, doesn’t mean they’re the right person to work with. Make sure you’re working with someone who you can get along with. Meet up before you ever decide to work on a song together. Can you talk with each other. Do you speak the same language? Are your personalities compatible? Is there potential to hash out touchy subjects civilly (these will definitely come up) Being able to trust who you work with is of utmost important.Spend as much time as you can learning about the person you could potentially be working with. Look for a producer who has worked with comparable artists. Inother words, if you want to make fuji music, don’t
spend your time talking to a Mode9 who primarily works with Hardcore rappers to produce you. Making HIT song is easier when you share the same chemistry. Tag an upcoming superstar #jahbless #Contatec