Medical students of the University of Ibadan (UI) have donned their white coats to protest an increase in their school fees.

Levies ranging from ₦75,000 to ₦100,000, described as “Professional Levy,” were added to the fees of students studying in the College of Medicine, UI.

From Medicine & Surgery to Human Nutrition, the school fees payable by the students increased by over 100%.

The students, in protest, took to the gates of the University College Hospital, Ibadan, in their white coats and flanked the walkway.

The students were shut out of their hostel for a while, after the school authorities closed the hostels down “in view of the security threat that the student action may pose.”

They were however let into their hostels after the intervention of former UIMSA President, Odunayo Odewole.

The protest is still ongoing, the students describing the increase as unjust and unaffordable.

See documents justifying the protest, and photos & videos of the protest below:

#HappeningLive… PLEASE HELP US!!!
We are not violent
We will never hurt anyone
Do not slander our good name
We are intellectuals
We are protesting intellectually
Do not make us into the animals that we are not #NoTo100k pic.twitter.com/Ih6KDini2u 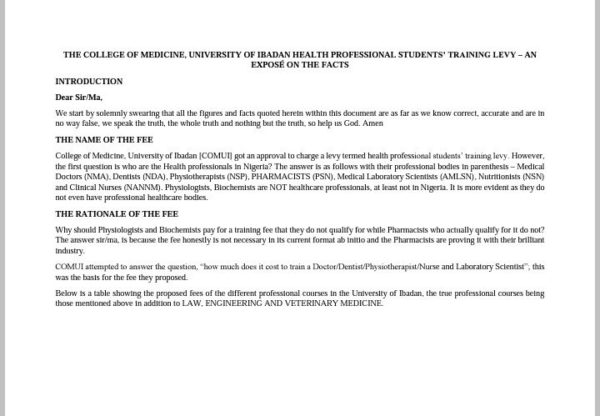 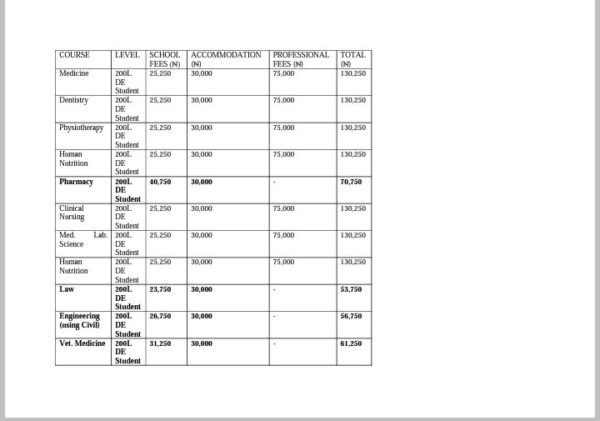 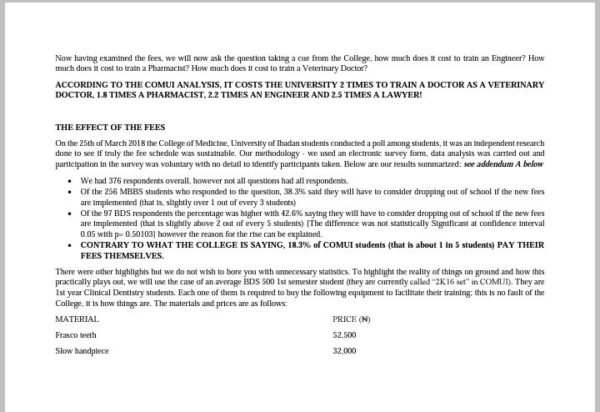 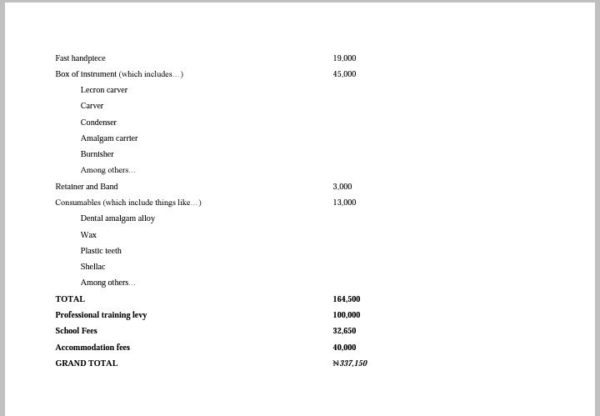 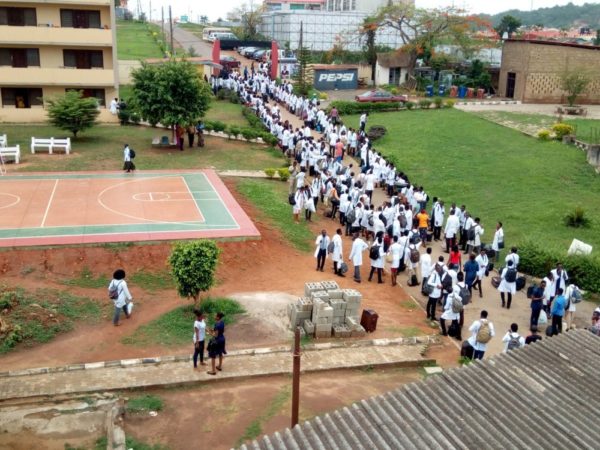 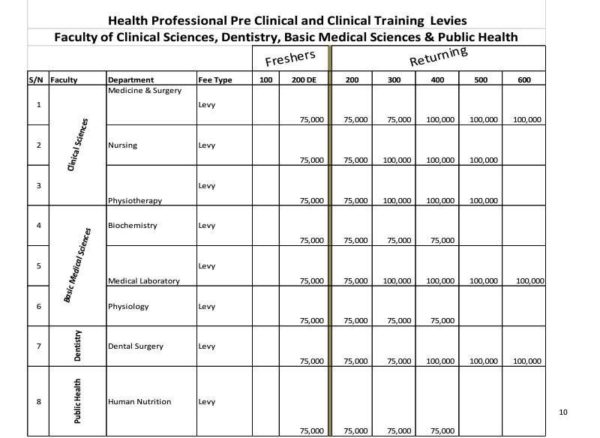 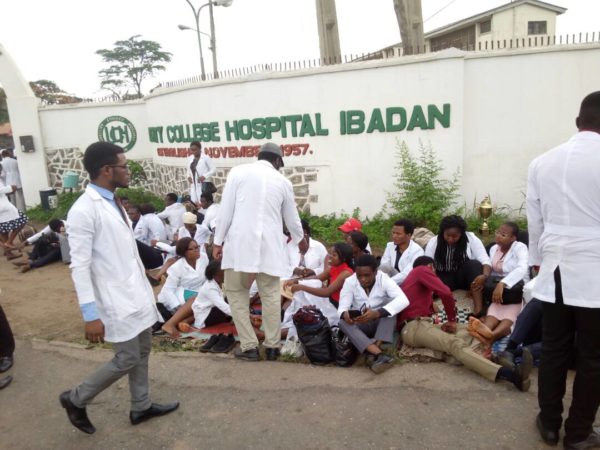 A Message to Young Lovers: Rock your Passion & Stay Protected with Flex

Buhari announces Intention to Run for President in 2019