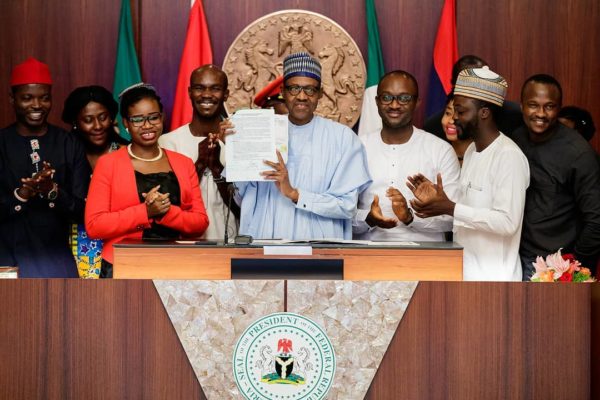 President Muhammadu Buhari has revealed that the age limit required for one to be elected as a state governor or a senator has not been reduced with the “Not Too Young to Run” bill.

The president revealed this after the bill was signed into law on Thursday.

The bill, at its inception, sought to reduce the age limit of candidates running for president from 40 to 35 years, state and federal representatives from 30 to 25 years, and 30 years for governors and senators.

While all the others were approved, it was revealed that the lawmakers had removed the provision where the reduction for governors and senators was stated.

Surprisingly, the age limits for senators and governors was not reduced, as originally proposed by the sponsors of this bill.

This is an issue that may need to be addressed going forward.