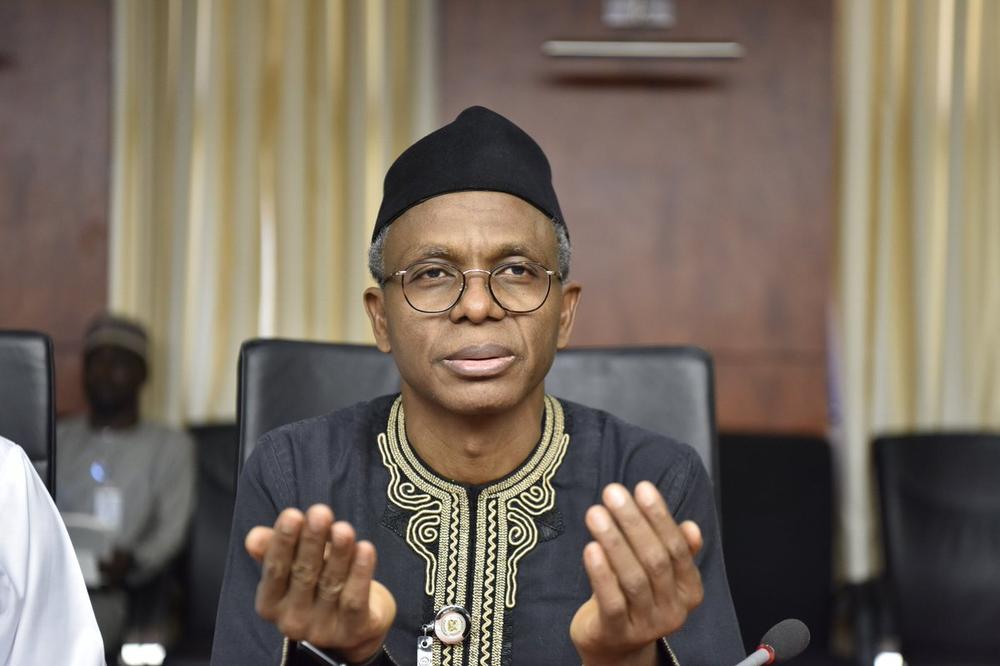 Governor Nasir El-Rufai of Kaduna state has rained curses on the three senators representing the various districts in the state – Shehu Sani (APC, Kaduna Central), Suleiman Hunkuyi (APC, Kaduna North), and Danjuma Laah (PDP, Kaduna South) – saying they were instrumental in the rejection of a $350 million loan from the World Bank.

El-Rufai made this known on Friday while flagging off the All Progressives Congress (APC) campaign for the local government election scheduled to hold May 12, describing the senators as haters of the masses and democracy.

The senate had rejected the loan request saying that the state is the second most indebted in Nigeria.

Speaking in Hausa, he called on the party supporters to “shave their heads” and “shave their beards” when they visit the state.

Your favourite governor @elrufai dividing citizens in Kaduna and possibly inciting them to violence.

Read a translation of the address below:

The senators from the state who worked against the World Bank loan are useless; they came out and said this loan should not be given. What is their reason for rejecting the loan? It is because they are haters of the masses in Kaduna state.

Today there are no haters of the masses of Kaduna State like Shehu Sani, Suleima Hunkuyi and Danjuma Laah, God curse them.

God will reward their wickedness against the masses, may God never bless them.

They have shown that they are bastard children, they have no origin, therefore it is important to tell them that they did not originate from  here.

If the time for election comes, answer them with votes, show them that you don’t like them… “Let them go back to where they come from. Let them go to the people they are working for to vote for them…. In our position as democrats, we took our time to restore the dignity of local governments to perform their functions.

We inherited a system whereby local governments could not pay salaries without help from the state government. APC is soliciting for your support for the council polls.  We promise to conduct free and fair elections.

I am not in politics to amass wealth – President Buhari