Journalist & Advocate Mercy Abang is our #BellaNaijaWCW this Week! 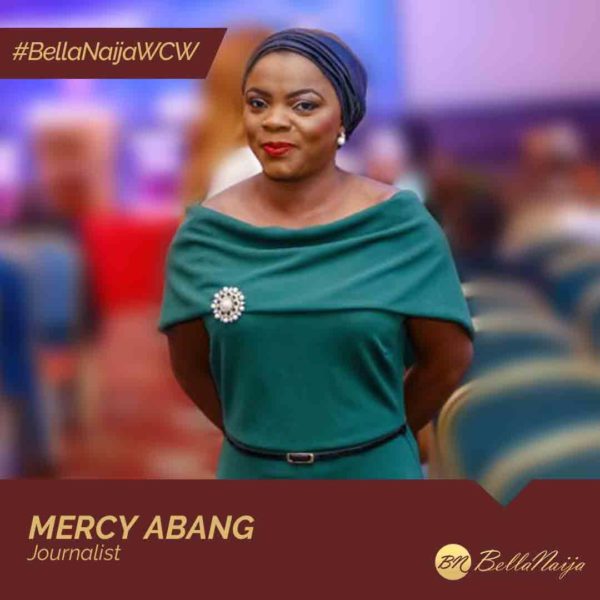 Individuals, families, and communities are facing challenges whose solutions are directly or indirectly linked to actions by government and other relevant stakeholders and decision-makers. They sometimes cry out, but are not heard, some don’t even cry out, because they do not know how to.

Our #BellaNaijaWCW this week Mercy Abang is shining the light on the challenges of under-served and under-reported individuals and communities, advocating for action to be taken.

Abang has written extensively on the untold stories of the Boko Haram war, the Fulani herdsmen crisis, Nigeria’s 10.5 million out-of-school children, the state of the country’s maternity hospitals, unemployment, poverty, inequality, and much more.

Mercy, who started out as a TV and radio journalist, has seen herself work in communications, advocacy and human rights, environmental health, and the promotion of good governance.

In 2014, she was invited to the African Union’s Third Annual High Level Dialogue on Democracy, Human Rights and Governance in Africa; Trends, Challenges and Prospects with over 40 countries in attendance.

Mercy is the publisher of NewsWireNGR, an online newspaper founded in 2013 that “enables the syndication of UNTOLD stories across media outlets around the globe.”

Mercy is a 2017 United Nations (Dag Hammarksjold) Journalism Fellow. She was also named Her Network’s Woman of the Year in Journalism in the same year. BudgIT also named her as one of its Media Fellows for 2017.

Mercy is a Media Fixer with Sunday Times of London, BBC, Aljazeera and a former Stringer with the Associated Press.

Mercy’s work has been published in various media platforms, including BellaNaija. You can read some of her stories HERE.

We celebrate Abang for devoting her energy to help develop communities by amplifying their voices and telling their stories.